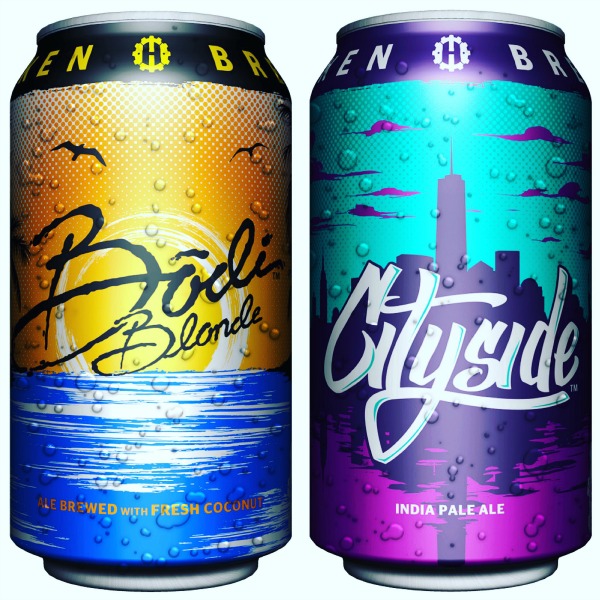 If you’re going to Our Lady of the Lake’s Oktoberfest this Saturday, you might want to pay more attention than usual to the beer: One of the brands this year was made by former parishioners.

Back in March, MyVeronaNJ.com brought you the story of Andrew Zebrowski and Brendan Drury, two Verona natives (and Verona High School grads) who had teamed up to become craft brewers. This month, their company, Hoboken Brewing, got its first two beers–Bodi Blond Coconut Ale and Cityside IPA–on store shelves in north Jersey. It has also donated 15 cases of its 12-ounce cans to Oktoberfest, for the fundraiser’s adult attendees to sample.

“It was my church and I want to support it,” says Zebrowski.

Hoboken Brewing is still very much in start-up mode. Its first production run was 100 barrels of each bear, which translates into 1,000 cases per style. (Budweiser, by contrast, produces something like 125 million barrels of beer per year.) But that’s enough to get on the shelves in some liquor stores in our area–Cedar Grove and Caldwell retailers, but not yet Verona.

“Visibility is a big part of it,” says Zebrowski. “We’re getting pretty good locations, at eye level.” Hoboken Brewing is also now on the menu at Red Bull Arena in Harrison and it is in talks with a large stadium than many Veronans flock to on Sundays in the fall. “The sky’s the limit,” says Zebrowski, “but it’s been great so far.”