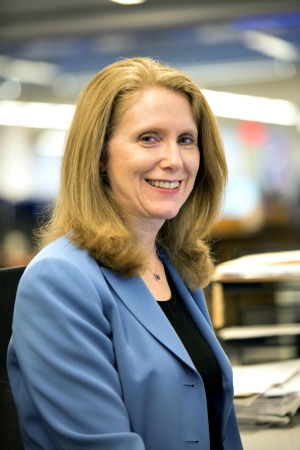 Verona resident Karen Pensiero has been named the managing editor of The Wall Street Journal.

Gerard Baker, The Journal‘s editor in chief, announced the promotion on Thursday.

“Karen will take on full responsibility for all newsroom operations, budget and people,” Baker said. “In this critical role, she will lead a team that will be tasked with pursuing our financial activities and obligations, and lead us in our pursuit of the goal of a world-class, talent-driven and diverse newsroom.”

Pensiero, who has lived in Verona with her family for three decades, has had a long career at The Journal and its parent company, Dow Jones. The Missouri native and University of Missouri School of Journalism graduate started as as a summer intern for the Dow Jones News Service. She has since overseen the editing of The Journal’s Asian and European editions and publishing partnerships; been the editor of the Money & Markets section of The Wall Street Journal Europe; director of corporate communications for Dow Jones; director of Dow Jones Interactive Publishing International; and manager of international development for the Dow Jones International group. For the last four years, Pensiero has been The Journal‘s editor for newsroom standards.