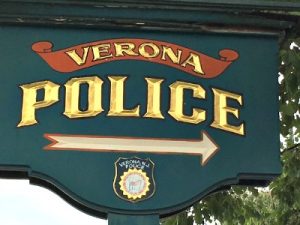 The Verona Police Department logged a total of 514 assignments during the week of May 28 to June 7, 2017.

1:04 AM: Officer Robert Juliano conducted a motor vehicle stop on Pompton Avenue for an observed violation. While speaking with the operator the officer detected an odor of marijuana coming from the vehicle. The operator, Andy Flores of Clifton, turned over CDS [controlled dangerous substance] that was located in the center console. The operator was placed under arrest and transported to police headquarters. After processing he was issued several motor vehicle summons as well as a summons for possession of CDS and drug paraphernalia. He was released with a pending court date.

4:19 PM: Officer Brian McMahon responded to a Personette Avenue residence on a welfare check of an elderly resident who had not been seen in several days. The officer spoke to the resident who appeared in good health at this time.

1:45 AM: while on patrol Officer Juliano observed a vehicle with an open door on Sunset Avenue. The officer checked the vehicle and reported that it appears to be an oversight and secured the vehicle.

7:22 PM: Officer Steve Young took a report of found property. An anonymous person turned in a debit card which was found in the ATM machine on Bloomfield Avenue. The owner was located and the card was returned.

8:22 AM: Officer Ed Ruff took a report of a burglary to a motor vehicle from an Afterglow Avenue resident. The resident reported that during the overnight hours someone entered his vehicle and removed his Garmin GPS. The value of the missing item is approximately $400.

10:35 AM: Detective Joel Martin was dispatched along with the Verona Fire Department to a fire alarm activation on Fairway Avenue. The fire department determined that the alarm was set off due to burnt cooking.

4:35 PM: Officer Justin Nielsen took a fraud report at Chase Bank. The teller reported that a female came into the bank attempting to make a withdrawal. The identification that the female presented as well as the information she gave the teller did not match the account information. The bank contacted the account holder who reported that she was not at the bank attempting to make a transaction. The female asked for her identification back and when the teller stated she could not return it due to the discrepancies the female left the bank. Officers checked the area but were unable to locate the female. While at the bank the teller also advised the officer of a similar incident which took place a week ago that involved a male who attempted to make a withdrawal. During the similar incident, the information provided by the male did not match the account information and the male left the bank before any action could be taken by the teller.

11:40 PM: Officer Robert Maguire was dispatched along with the Verona Fire Department to fire alarm activation on Pompton Avenue. The fire department determined that the alarm was set off due to burnt cooking.

2:01 AM: Officer Maguire responded to Cedar Grove to assist them in searching for a vehicle which was observed leaving the area of a possible car burglary. The vehicle was described as an older model SUV. While checking the area the officer located a vehicle that matched the description and conducted a motor vehicle stop on East Bradford Avenue. Cedar Grove Police responded and the scene was turned over to them.

11:42 PM: while on patrol Officer Maguire reported that he would be checking a suspicious vehicle on White Rock Road. The officer spoke to the occupants and they were sent on their way.

8:58 AM: Officer Giovanni DeSomma took a fraud report from a Wedgewood Drive resident. The resident reported that when she received her AT&T bill she observed that there were two lines added to her account without her permission. The resident contacted AT&T and advised them of the fraudulent activity.

4:25 PM: Officer Chris Scheper conducted a motor vehicle stop on Bloomfield Avenue for an observed violation. Upon checking the operator’s credentials an active warrant form the Fair Lawn Municipal Court was located. The operator, Jenney Ramos of Paterson was placed under arrest and transported to police headquarters. After processing she was released with a new court date for the Fair Lawn Municipal Court.

5:50 PM: Officer Scheper and Lt Robert Shafer were dispatched to Derwent Avenue on a report of three suspicious females. Upon arrival, a resident reported that he had observed a black female in his garage. When the female became aware of being observed by the resident, she ran north on Derwent Avenue. Another resident then advised the officers that there were two black females hiding in the bushes adjacent to his house. The females were ordered from the bushes and handcuffed. The officers searched the bushes where the subjects had been hiding and found several items that were tagged with Walgreens’ labels. A short time later Detective Martin located the third female running through yards on Cumberland Avenue between Linden Ave and Edgemere Road. The female was stopped and taken into custody. All subjects were transported to police headquarters. The subjects were identified as Michelle Epps of Newark, Lakeisha Alexander of Irvington and Tahirah Washington of Newark. After processing all subjects were issued complaints for shoplifting and conspiracy. Epps was also charged with burglary and obstruction. All subjects were released with a pending court date.

7:59 PM: Officers responded to a report of a motor vehicle accident on Bloomfield Avenue. As the officers were speaking to the vehicle operator they detected an odor of an alcoholic beverage coming from the operator’s breath. The operator was evaluated for injuries by the Verona Rescue Squad and refused transportation to the hospital. The officers then administered field sobriety tests. After the tests, the operator Alan Zalkind of Montclair was placed under arrest and transported to police headquarters. After processing he was issued several summonses and released to a family member.