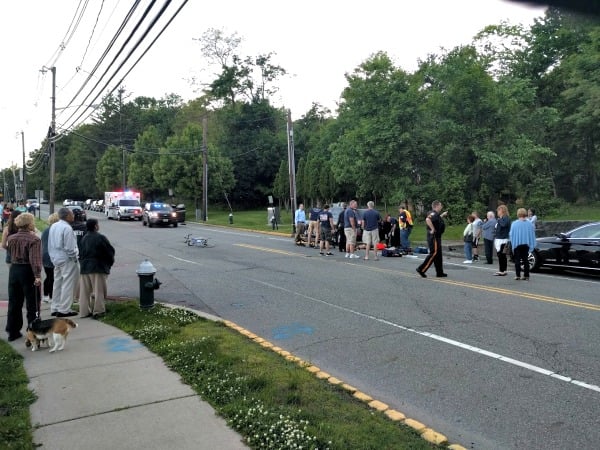 A speeding black pickup truck with tinted windows hit a cyclist on Fairview Avenue in front of Verona High School this evening.

Witnesses report that the truck was speeding and driving erratically in the south-bound lane when the accident occurred near Sampson Drive, at about 7 p.m. “He was going way too fast,” said Caroline Chivily. “He was passing drivers and going over the double yellow.” The cyclist was thrown and landed on the hood of a parked car.  Several witnesses stayed with the rider until the Verona Police Department and Rescue Squad arrived. The rider suffered possible head and back injuries.

According to Stephen Machnowski, who was in the area to ride home with Verona’s cyclists on the Essex Offroad Mountain Bike Team, a witness followed the truck from the scene of the accident. A member of the bike team took the photo below of the truck stopped on Pine Street. Verona’s officer in charge of the police department, Stephen DePoe, confirms that the driver and truck were apprehended a short time later.

Fairview Avenue has been closed near scene of the accident. 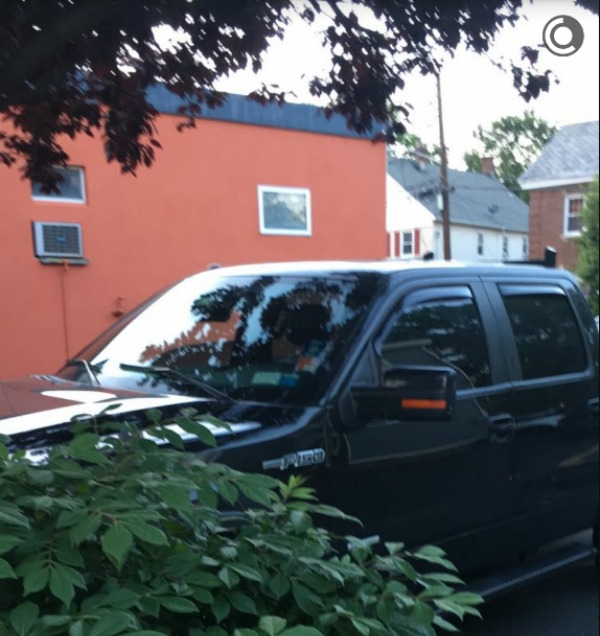