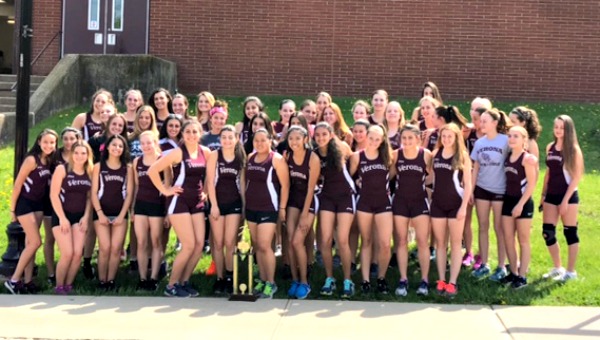 The Lady Hillbillies, who had not been favored to make it into the seeded sprint medley heat, bested a competitive field of 18 teams to win the event. Chelsea Gruskin (200m), Brianna Rigney (200m), Olivia Fiore (400m), and anchor Kate Ashley (800m) ran a very fast 4:21 to capture the gold. Overall the VHS team had a strong showing, coming in sixth place in a field of 22 teams, and was the top point-getter of the smaller schools in Essex County.

The team is setting their sights on the SEC Conference Championships Friday, May 12, at Newark School Stadium.