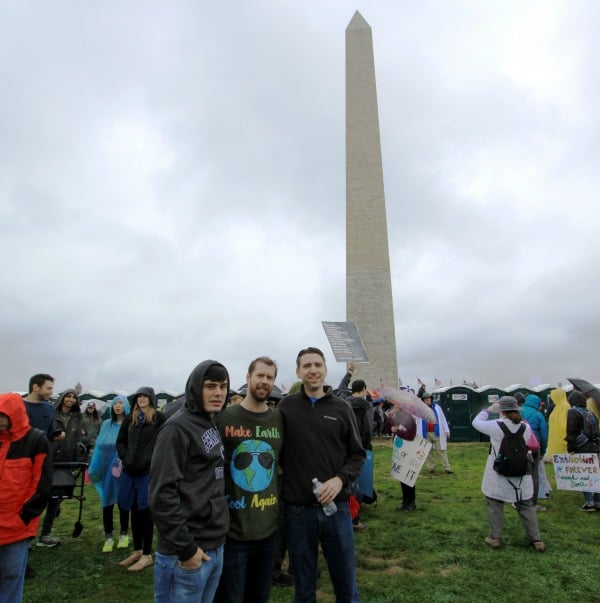 It was Earth Day on Saturday, but instead going to one of the usual environmental events that have been happening for the last 47 years, several current and former Verona residents participated in the March for Science rallies that took place in more than 600 cities around the world.

Steve Neale, who heads up Sustainable Verona, the township’s “green team”, braved the downpour in Washington, D.C. “I decided to attend the March for Science mainly because I’m concerned about what appears to be an attack on scientific research, data, and the environment,” Neale said. “The proposed budget cuts to many government agencies like the EPA and the NIH are of great concern. Scientific research is necessary for making informed decisions. The information that comes from continued research is what drives new policies and protections, making it a critical component of any democracy. If scientific research is undermined and ignored, we are putting the environment, our democracy, our health and the future of our planet at risk.”

The March for Science was billed as a non-partisan celebration of science, a way to highlight the role that science plays in people’s everyday lives, while standing up against efforts to discredit and restrict scientific facts and research.

“I’m concerned with what seems to be an increasing trend toward people ignoring or attacking scientific evidence if it goes against their personal beliefs or financial interests,” said Steve Neale’s brother Todd Neale, who works as a medical journalist. “I went to the march to show my support for science’s role in making informed decisions.” 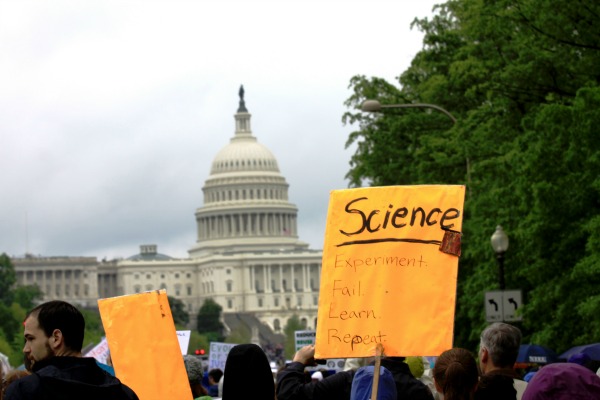 Jim McDonough, a former Veronan and Verona High School graduate, joined the Neales in D.C. in support of facts. “Climate change is happening, humans are causing it, and I think it’s perhaps the most serious environmental issue facing us,” he said. “There is a shocking focus on restoring jobs in the coal industry, an industry that is destroying our environment,”
said Dan Mathisen, a Verona native who now lives in Hoboken. “There is too much opportunity and potential in the green energy industry and this is what we should be focusing on. We, as a nation, have to listen to and understand scientific fact and make strides to push development in the right direction.”

Some 10,000 people marched in Washington, where they got to hear science educator Bill Nye and electronic music pioneer Thomas Dolby, who performed his 1982 hit “She Blinded Me with Science”. There were large marches in many other cities around the planet, however, and Veronans at many of them. Susanna Baker, a Verona artist, took her two children, ages 12 and 15 to Trenton for the New Jersey March for Science. “I wanted my kids to be part of an active, and peaceful democracy,” Baker said. 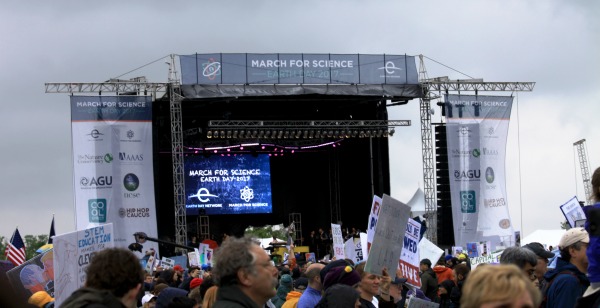 “My kids were excited to march to show that they love science and are scared about the growing effects of climate change,” Baker added. “Although it feels ridiculous to have to march for science, I guess when our vice president thinks that evolution should be taught as a theory, we have no choice. We wanted to show up because Washington needs to know that we care about the environment, clear air and water, and renewable energy. We are appalled by the budget cuts to the NIH [National Institutes of Health] and EPA [Environmental Protection Agency], the way our government is trying to shape data to conform to their agenda, and the pervasive disregard for truth. I loved that this was a bipartisan march.’

Jeanne Bongo combined a visit with her son and his fiance in Philadelphia with the science march there. “I marched with my future daughter-in-law, some of her family–who live in the area–and my daughter who happened to be here visiting from Austin,” Bongo said. “I’m glad we happened to be in town for the march. I marched to support science, scientists, researchers, and the agencies that support research and science. I am certainly not happy with the current administrations views on climate change and the cutting of funding for the EPA.”

March for Science organizers are organizing a series of actions, webinars and games that people can use to learn more about science and continue their support of it. You can learn more about them here. 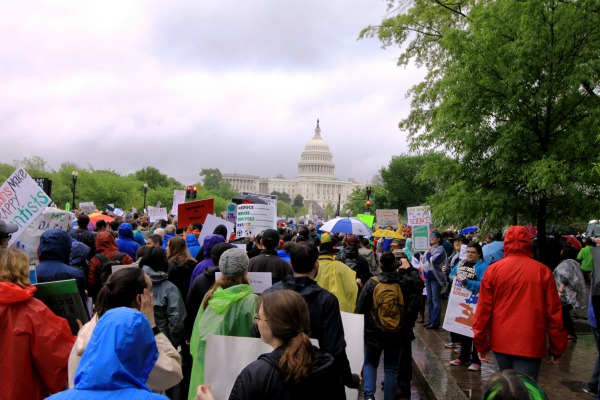 Photos of the Washington, D.C. March for Science courtesy of Steve Neale.