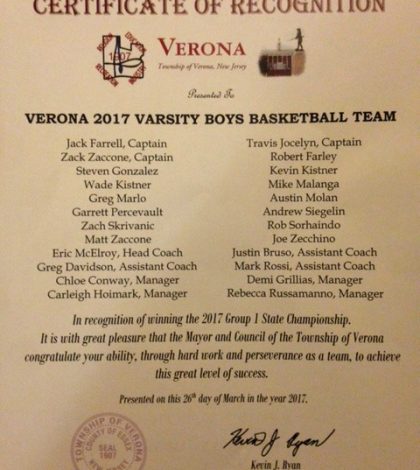 The Verona High School basketball team gathered at the Verona Inn on Sunday evening for a celebration that honored them–and one of the team’s biggest fans.

Mayor Kevin Ryan presented the team with a certificate of recognition from the town for winning the 2017 Group 1 State Championship, Verona’s first state basketball title since 1957. “It is with great pleasure that the Mayor and Council of the Township of Verona congratulate your ability, through hard work and perseverance as a team, to achieve this great level of success,” the certificate read.

But the team had an honor of its own to present. They gave a basketball signed by the entire team to William H. Horton, a team superfan known by one and all as “Uncle Billy”. 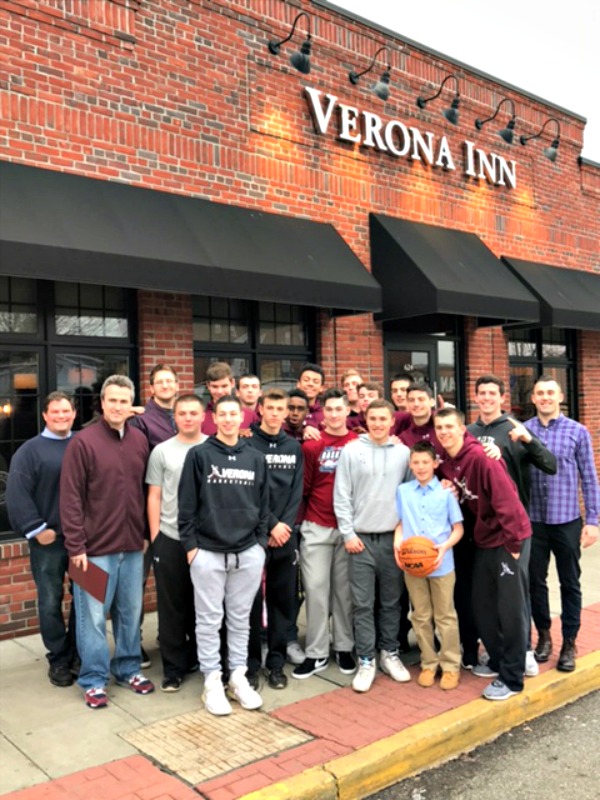