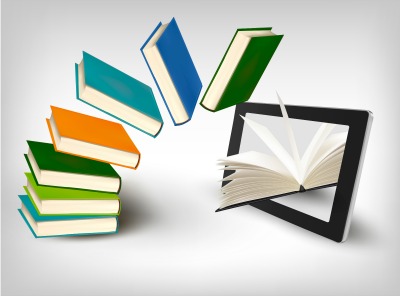 Yes, the Verona Public Library is going to have to operate out of the Verona Community Center Annex for 18 months while its building undergoes a thorough renovation. No, the library won’t be able to fit all of its 35,000 books into the two-room Annex space. But not to fear, the library has a pal that will help its book lending to continue unabated. Or to be more precise, it will have more than two dozen pals, the libraries that belong to PALS Plus.

PALS Plus is a consortium of municipal and academic libraries in Passaic and Essex counties, 20 in all, with 27 locations when you add in all their branch libraries. The consortium has existed since 1992 but Verona joined it only in the last few years. Now, when Verona library card holders search the catalog, they can see not only the copies of a book that are on Verona’s shelves but all the copies that exist anywhere in the PALS Plus system. Click on the “place hold” button next to the book’s title, enter your library card number and PIN, and the book will be delivered to Verona in less time than a box from Amazon. Better still, PALS Plus is free to library card holders.

“If we weren’t in PALS Plus, it wouldn’t be possible to close the library for renovation,” says Cheryl Ashley, director of the Verona Public Library. “We send out 600 books in loans a month and we bring in 300 books that our people request.”

Ethan Badman is one of those people. He borrows four books through PALS Plus every month, typically sci-fi. He says the service is much easier to use than the old ways of book borrowing, filling out out inter-library loans slips at the library or emailing a request to Verona’s librarians. “I don’t read more because of PALS,” Badman says, “but it’s nice to have control over making a wish list, requesting books whenever I want, and frankly not having to worry about people at the library not reading emails or losing slips.”

Bridget Greci is a pal of PALS Plus too. “I love reading new releases through PALS Plus,” she says. If nothing new piques my interest there are plenty of older books to choose from. I have 75 books in my wish list, so I don’t foresee running out of books to read any time soon.” (When you click on the PALS Plus tab from the Verona library’s website, there’s a slideshow of books and DVDs that are new to the system at the top of the page. You can also borrow ebooks from the PALS Plus Overdrive collection.)

Verona’s librarians are packing up all 2,000 of the library’s DVDs to take to the Annex, but if that’s not enough, there’s also HOOPLA. This service, which is also free with your library card, lets you stream movies, music, audiobooks, ebooks, comics and TV shows to just about any electronic device. “I use it less than PALS Plus, but I do use it,” says Badman. “I typically borrow sci-fi and cookbooks–they have a great selection of vegan ones. But, because it doesn’t work with Kindles, it’s less user friendly for me, because I prefer e-readers to reading on tablets or phones.”

For Greci, HOOPLA is a help with one other household chore. “I love HOOPLA for audiobooks”, she says. “They are my best cleaning companions.”

To get started with any of this digital borrowing, you’ll need one of the newer maroon library cards that has a barcode and the PALS Plus logo on the back. If you don’t have one yet, stop in at the main desk before April 24–that’s moving day–and get yours.