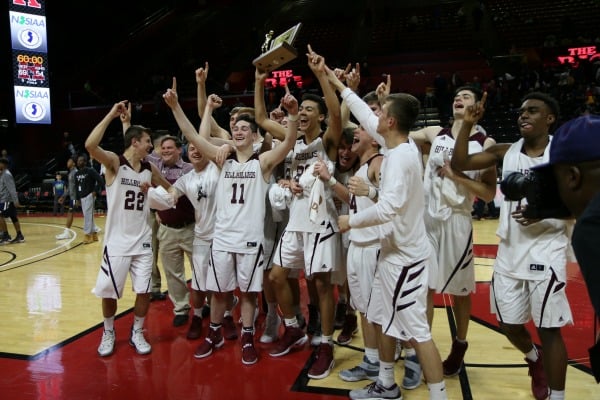 The Verona High School boys basketball team put one in the record books yesterday, winning Verona’s first state Group championship since 1957. But they’re not taking off their sneakers just yet.

Verona, the number 6 seed in the tournament, will face #3 seed Don Bosco Prep in a game beginning at 5:30 p.m., followed by the Teaneck-West Side game at 7:30. The semifinals will be back in Toms River on Friday, March 17, with the finals set for the Sun National Bank Center in Trenton on Monday, March 20.

Asked at the press conference after yesterday’s state win what Verona’s strategy will be in the TOC, VHS Coach Eric McElroy said, “We’re just going to do our thing. We’re playing with house money now.”