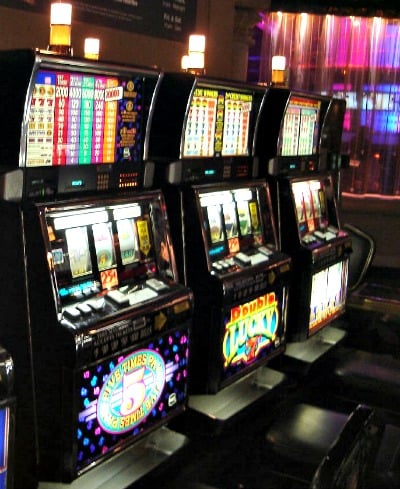 “For years, we’ve urged for the creation of dedicated revenue streams to shore up our public pension systems, and I commend the Governor for supporting this approach as a way to address one of the state’s most pressing fiscal issues,” Pennacchio said in a statement on his website. “We can take it one step further by opening the door for the establishment of racinos, which would create a substantial new source of revenues for pensions, bolster our casino industry, and support the financial recovery of Atlantic City.”

Pennacchio’s measure, SCR-16, would dedicate 60% of the revenue from trackside casinos–what the senator calls “racinos”–to the public worker pension system but another 37% would go to prop up Atlantic City casinos and that city itself. The final 3% would go to support the New Jersey horse industry. According to Pennacchio’s website, his measure is supported by two of the state’s largest public sector unions, the Fireman’s Mutual Benevolent Association and the New Jersey Police Benevolent Association.

New Jersey has, according to a Bloomberg analysis, the worst funded public pension system in the United States. In 2015, New Jersey had $135.7 billion less than it needs to cover the benefits it has promised workers over the years, and the shortfall increased by $22.6 billion over 2014. The shortfall has been caused by both poor returns on the assets invested and smaller contributions than needed by public employers.

Avery Hart, who ran unsuccessfully against NJ26 Assemblymen Jay Webber and BettyLou DeCroce in 2015, called the proposal, “another bad idea from a New Jersey Republican”. “Expanding gambling means more cheapening of our state,” added Hart, who is not running this year. “Gambling is a kind of drug for many. It drains family budgets. Mr. Pennacchio is aversive to raising revenue sensibly and fairly because he signed the juvenile and destructive ‘pledge’ to never raise taxes. Now our state needs revenue and this is his best idea? Pathetic!”

Pennacchio, who like Webber and DeCroce is up for re-election this year, has called for the expansion of racetrack gambling before, in December 2015 and November 2016. This latest measure seems to have been prompted by Gov. Chris Christie’s proposal in his new budget to dedicate state lottery revenues to the pension system.