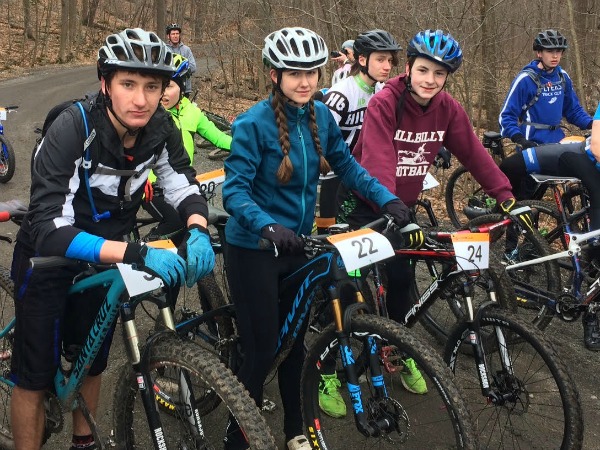 Several Verona mountain bikers participated in a short track race at the Boy Scout camp in Allamuchy this past Sunday. It was an early start in colder temperatures but the racing heated up immediately. The specially designed course circles a lake and rises and falls through the woods, taking racers on a fun and safe route that is also a hiking trail.

[ngg_images source=”galleries” container_ids=”279″ display_type=”photocrati-nextgen_pro_masonry” size=”180″ padding=”10″ ngg_triggers_display=”always” captions_enabled=”0″ captions_display_sharing=”1″ captions_display_title=”1″ captions_display_description=”1″ captions_animation=”slideup” order_by=”sortorder” order_direction=”ASC” returns=”included” maximum_entity_count=”500″]
In the spring, all of these racers will join riders from Cedar Grove and other Essex County towns to race as the National Interscholastic Cycling Association (NICA) Essex Offroad MTB Team. The bike team was created under the auspices of the New Jersey Interscholastic Cycling League, the state NICA chapter. As one of 19 leagues across the country, it organizes a mountain bike racing league for middle and high school student athletes. The team is open to all levels of teen riders, both to race and to ride for fun each week. For more information, email Geordan Smith at [email protected]