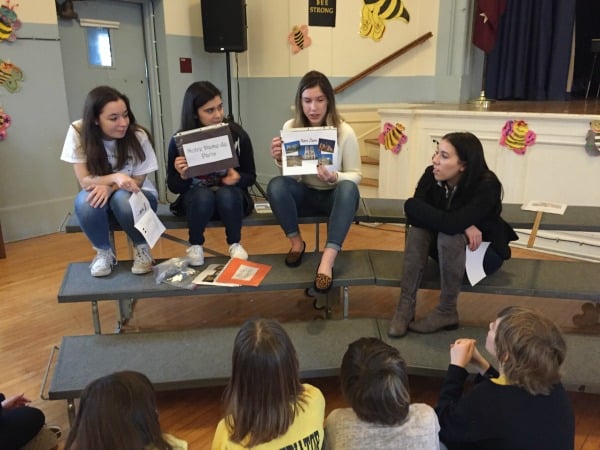 As part of their hour-long presentation to each school, the French Clubs divided the fourth graders into four different teams (Les Croissants, Les Chocolats, Les Crêpes, and Les Baguettes). Each group spent 10 minutes in four different student-led stations, learning about various cultural and linguistic information of the French-speaking world. For example, one station involved students learning how to have a short introductory conversation in French. Another station taught students how to count from one to 10 in French. Students also learned about the 32 French-speaking countries around the world, as well some important cultural landmarks of Paris. The presentation concluded with a video made by the high school students.

“The fourth graders were excited to learn about the French-speaking world from their older peers and the middle school and high school students were thrilled to share the knowledge that they’ve gained throughout their French careers in Verona,” said French teacher Emily Podolak. “It was a great learning experience for all involved.” 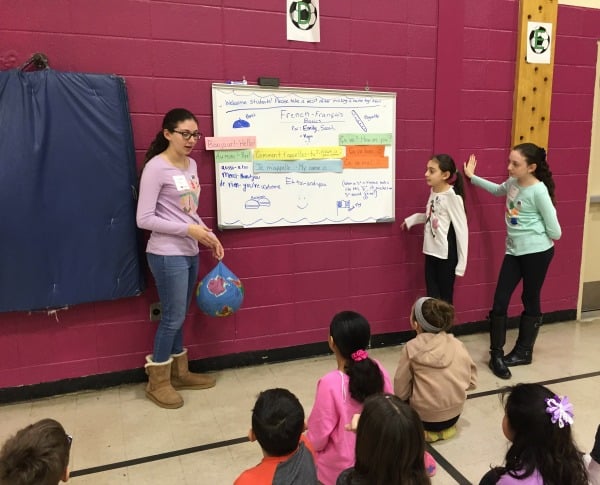