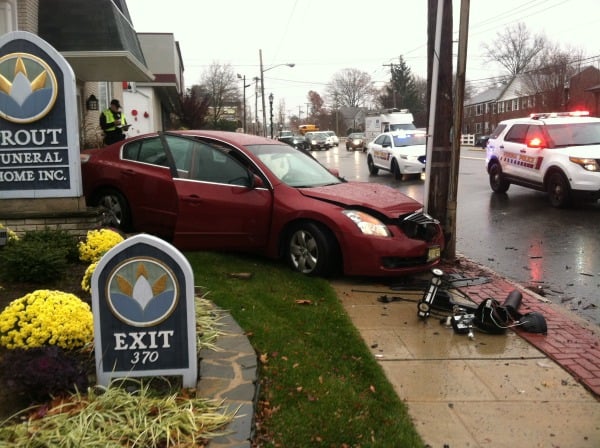 A driver headed west on Bloomfield Avenue Tuesday morning wound up on the front lawn of Prout Funeral Home instead.

The accident occurred at 9:17 a.m. when the 57-year-old female motorist, who was in the right-hand lane, swerved to avoid what she thought was a car encroaching on her in the left lane. Her vehicle hit a light pole before coming to rest at Prout’s, which is located at 370 Bloomfield Avenue.

According to Verona Police Chief Mitchell Stern, the driver was transported to the hospital with a leg injury. There was damage to both her car, and the funeral home’s landscaping. 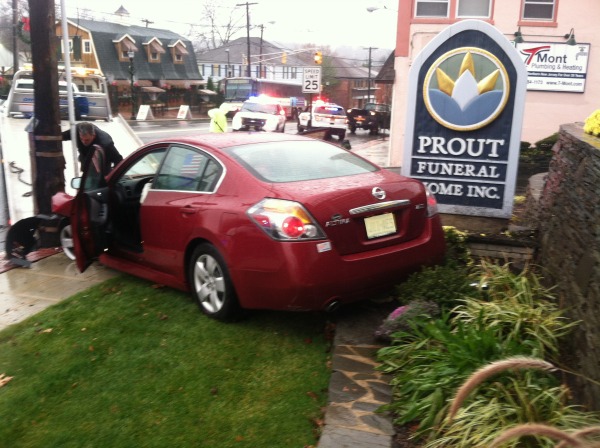