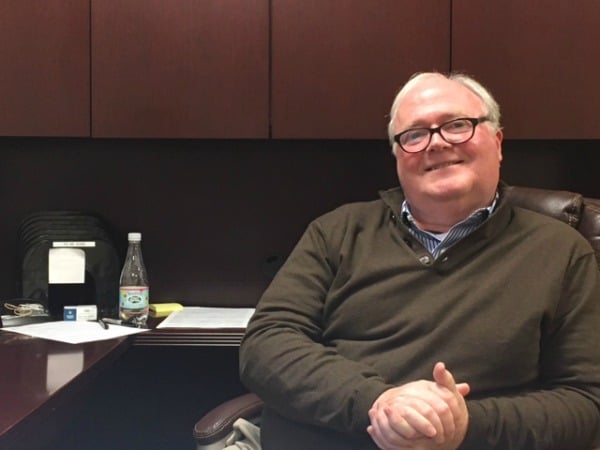 Usually, when we write about a new business, it’s because it’s a new business, just started and ready to take on the world. Not so with Two Rivers Title Company. It has been in business since 2003, when it was founded by real estate lawyer Matthew A. Cohen. Its senior title officer, Ralph Powell, has been in title insurance since 1986.

So what’s so “new business” about Two Rivers Title Company? The fact that it has drawn on Powell’s and Cohen’s expertise to open an office in Verona that will serve northern New Jersey and beyond.

Two Rivers, headquartered down the shore in Little Silver, provides title insurance on residential, commercial, and government real estate transactions. This is the kind of coverage that backs you up not when some disaster befalls your property in the future, but if something went funky on it in the past–like a fraudulent sale or a lien on a previous owner–that could prevent you from having clear title. “People hope that they don’t have to use title insurance,” says Powell, “but if you do, you want to be covered properly.”

The firm also provides escrow and closing services, and has a large conference room with views of Verona’s eastern and western hills for all the paper signing, as well as the technology to speed documents to anyone who can’t be in the room. It regularly sponsors continuing education programs for legal and real estate professionals, including a breakfast for CLE credits on bankruptcy real estate sales and foreclosures that will be held at Avenue Bistro Pub on January 10.

Two Rivers’ education mission also extends to consumers, who often don’t know what title insurance is or that they can direct title. “More people are taking an interest in this,” says Powell. “They are looking up providers on their own. Ultimately, the decision can rest with the consumer.” Two Rivers serves New Jersey, as well as New York’s five boroughs, Pennsylvania, Connecticut and Florida, and has worked on everything from single-family houses to mixed-use developments and multimillion-dollar New York City condos. “When there’s a bump, we have multiple ways of solving it,” says Powell. “Our clients know we will get them to the closing table stress-free.”

And if you’ve been staring at the photo up top and thinking, “I know that guy from someplace around town”, chances are that you do. Powell has been a Verona resident since 1990, owned his own title agency here until 2009, is a deacon at Our Lady of the Lake and, with two active sons, “I’ve been on a lot of sidelines”, he quips. His older son Kieran just graduated from Catholic University, while his younger son Brendan is a junior at Montclair Kimberley Academy.

“Even though we are new in Verona, we are not a new company,” Powell says of Two Rivers, “and between all our professionals, we have decades of title experience. I’m as excited about the opening of our Verona office as I have been about anything in my career.”

Two Rivers is looking to hire an experienced real estate paralegal who speaks both English and Spanish for its Verona office. Contact Powell at the Verona number above, or email a resume to [email protected]