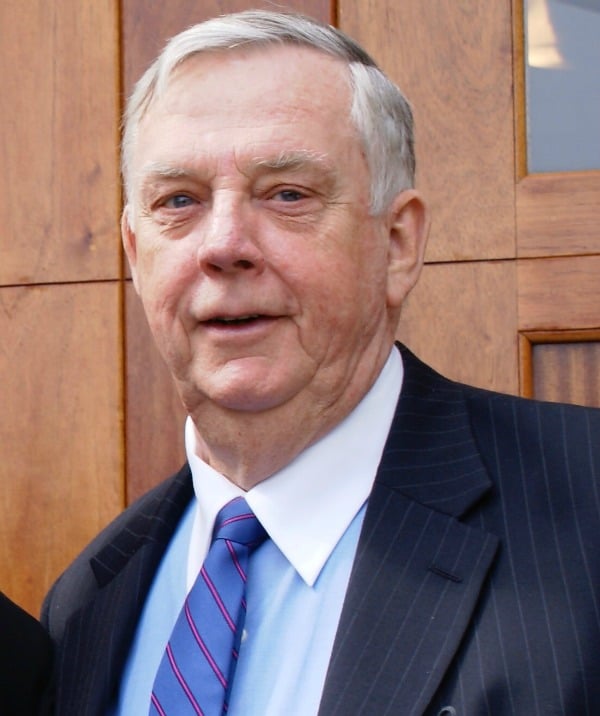 James A. McEvoy Sr., loving husband, father and grandfather, passed away on Saturday, October 29 at the age of 82.

Jim was born in Brooklyn on May 20, 1934, the son of Albert and Lucille (nee Graff) McEvoy. He attended St. Francis of Assisi Grammar School and Erasmus Hall High School in Brooklyn, where he graduated with the class of 1952. Jim would tell you he grew up in the shadows of Ebbets Field and was an avid Brooklyn Dodgers fan until they moved to Los Angeles, at which time he became an avid New York Mets fan.

He served in the U.S. Navy, after which he worked for John F. McEvoy, Inc. where he met his wife Angelica Iacovone. They were married in 1959 and moved to Verona, where they had five children and lived 57 happy years together. In the late 1970s, his love for carpentry led him to start a company. He was the owner of McEvoy Builders in Verona for 30 years until his retirement in 2005.

As a member of Our Lady of the Lake Church since 1959 he became involved in Father/Son Communion Breakfasts, Christian Family Movement (CFM), OLL Home School Association, the maintenance committee, a Eucharistic Minister, Cursillo and Cornerstone.

Jim was a dedicated supporter of the Passionist Missions and the work of his brother-in-law, Fr. Angelo Iacovone, CP. He was also a volunteer Eucharistic Minister at the Lyons Veterans Hospital in Basking Ridge.

Jim enjoyed golfing, gardening and especially fishing.  He was a member of the Chummer’s Fishing Club of Verona and the West Orange Angler’s Fishing Club, taking many excursions surf fishing along the New York and New Jersey shorelines. He loved all sports, especially football but most of all he enjoyed spending time with family and friends.

He was the husband for 57 loving years to Angelica, father to James Jr. (Laura) of Whippany; Christine Lopez (Victor) of Bushkill, Pa.; Michael, of Oradell; Jack (Jessica Pearson) of Verona, and the late Roseann (Colleen McBride); grandfather to Stephanie, Emily and Megan McEvoy; and sibling of Albert McEvoy of Maine, his sister Lucille O’Brien of Massachusetts, brother-in-law Peter Conroy of New Jersey and sister-in-law Diana Orilio (Paul) of New York, as well as having many loving nieces, nephews and cousins.

A Funeral Mass will be offered at Our Lady of the Lake Church, 32 Lakeside Ave, Verona, NJ 07044 on Wednesday, November 2, at 10:30 a.m. Interment to follow at Gate of Heaven Cemetery, 225 Ridgedale Avenue, East Hanover.

In lieu of flowers, please make donations to Our Lady of the Lake Endowment Trust, Verona.