It was a game that Steppy would have loved, though he probably would have chafed at the recognition: On Monday, October 16, Verona High School honored former soccer coach George W. Stiefbold when the boys soccer team took on Irvington High School in the opening round of the Essex County Tournament.

Stiefbold, who passed away on September 6 at the age of 88, was the coach who put Verona soccer on the map, earning the VHS record for most soccer coaching wins. A teacher and coach at VHS from 1954 to 1990, he led his teams to 11 conference championships and seven state championships, including four consecutive state championships and 19 winning seasons from 1965 to 1983. A large contingent from the Stiefbold family turned out to see their patriarch honored–and the game. 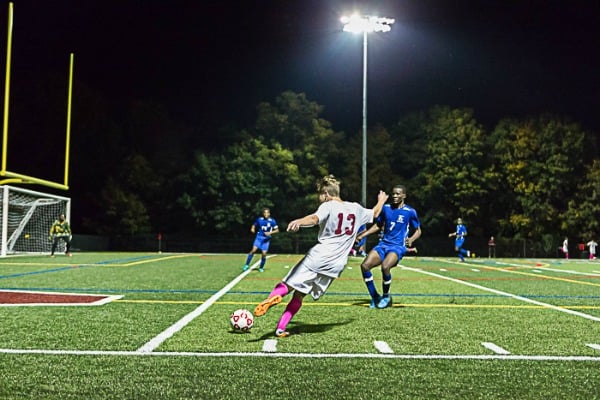 Verona, which is 5-7 on the season, rose to the occasion with 5-0 defeat of Irvington. Jack Farrell led the scoring for the Hillbillies with three goals, while Thiago Queiroz had one goal and three assists and Wade Kistner also scored. Billy Czupak was in goal for Verona and was credited with three saves during the game, which was played under the lights on the newly restored Thomas J. Sellitto Field.

The win sends Verona, the number 14 seed, on to play third-seeded West Orange on Wednesday. 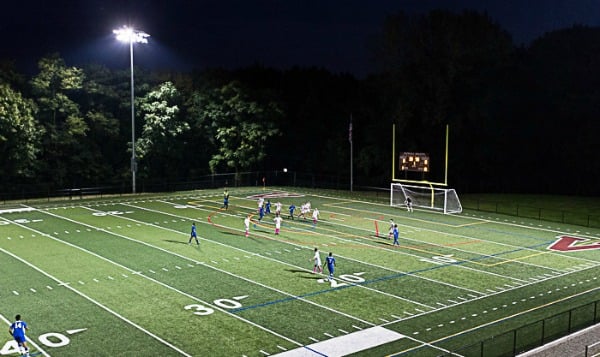