VHS Honors May Students Of The Month 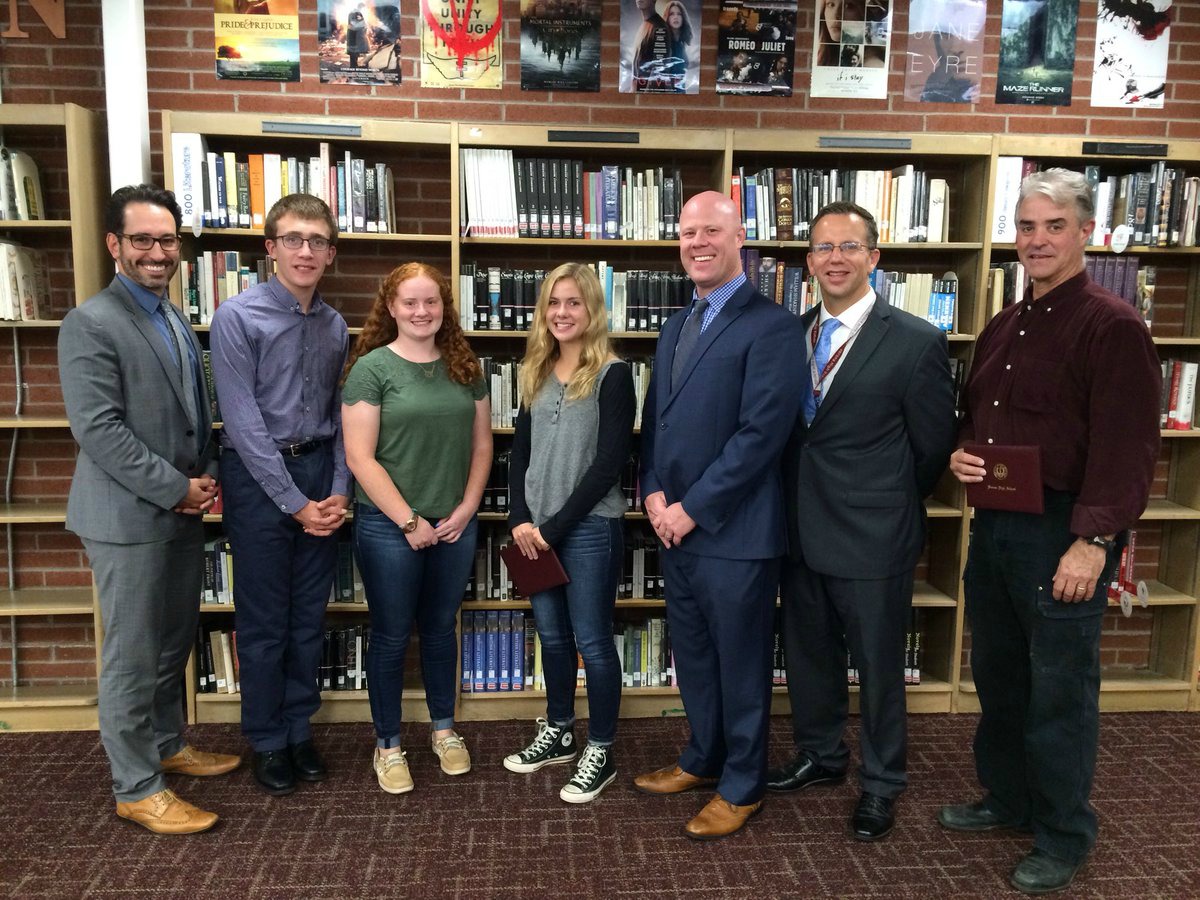 Verona High School recognized the May 2016 students of the month at the September 27 Board of Education meeting. VHS Principal Joshua Cogdill began the student of the month award with the 2015-2016 school year. Students are selected from nominations made by VHS teachers.

In presenting the awards, VHS Vice Principal Thomas Lancaster said that, last school year, Chivily excelled in AP World History, Honors English I, Honors Biology, and Honors Geometry, earning a B+ in one course, and an A- or greater in all of his other courses. He noted that VHS teacher Christine Sepcie said in her nomination that, “Phil was committed to the multi-week review timeline for the AP World History Exam that I gave the class. He consistently reads the additional articles that I post on our Google Classroom. Phil does the extra little things.” This year, Chivily is taking AP Human Geography, Honors Algebra II, Honors Chemistry, Honors English II, and Honors U.S. History.

Claire O’Farrell earned a B+ or greater in English II, U.S. History I, Geometry, Drawing, Painting, and Collage I, and Ceramics and Mosaics I. In addition, she demonstrated perseverance and grit during her experience in Honors Chemistry. Nathan Scott, who teaches chemistry at VHS, said in his nomination that “Claire came in for extra help every morning during May and with that increased intrinsic motivation came remarkable results. In the final analysis, learning how much you are capable of, learning to believe in yourself and your ability, and learning the importance of daily hard work is a more important lesson than anything I could have taught her in Chemistry class.”

Meghan Yeates earned an A- or greater in all of her classes last school year. This included AP Environmental Science, Honors English III, Physics, Spanish IV Honors, Honors Algebra II, and U.S. History II. Patricia Hemsley-Cartotto said, “Meghan puts a tremendous amount of time and effort into both academics and athletics. She sets very high standards for herself in both of these areas and is constantly working hard to meet those standards. I believe she sets a tremendous example for the younger student athletes to follow.” This year, Yeates is enrolled in AP English Literature and Composition, AP Statistics, AP Biology, and Honors Pre-Calculus.

Miranda Williams excelled in AP English Literature and Composition, Drama, Theater Arts, AP Environmental Science, AP Pre-Calculus, AP Computer Science, Color Guard, and Choir. Fran Young, a VHS English and theater teacher who retired in June, said in her nomination that, “Miranda is our stage manager and she does a professional job. I don’t know what I would do without Miranda. She organizes everything, keeps actors in check, organizes and manages both running crew and set build crew, and she conducts inventories. Miranda is a true student manager.”