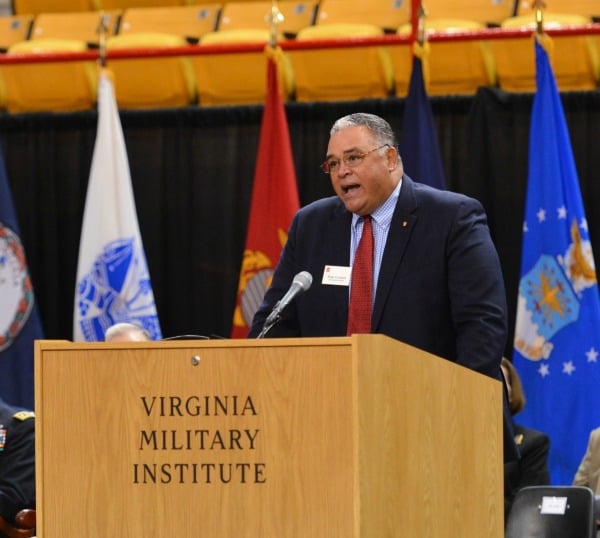 This December, former Verona resident Brian Crockett will retire as the chief executive officer of the VMI Foundation. Crockett grew up in Verona, graduating from Verona High School with the class of 1977. He went on to Rutgers University, where he started four years on the football team, and was a letter winner three times, before graduating in 1982. After graduation, Crockett worked as a graduate assistant with Rutgers football for a year and then entered the fields of sales and marketing for Xerox and Digital Equipment Corporation from 1984 to 1993.

In 1993, Crockett returned to Rutgers, beginning 14 years of service in the field of institutional advancement. From 1993 to 2004, he concentrated on athletic fundraising as the executive director of the Scarlet R Club and associate athletic director for development. Crockett took on even bigger responsibilities in 2004 when he became the vice president of external programs of the Rutgers University Foundation.

In 2007, he became the vice president for development at the West Point Association of Graduates and led the association’s development operations on behalf of the U.S. Military Academy for more than two years. He joined the VMI Foundation in June 2009.

“Ever since he arrived on post in June 2009, bringing with him extensive experience in higher-education fundraising, Brian has been a positive and energetic leader who has helped the VMI Foundation to build on its previous decades of success and improve its performance and its service to the VMI family,” said Hugh M. Fain III ’80, the president of the VMI Foundation. Since July 2011, Crockett also has been the chief operating officer of a fundraising campaign for VMI, that, as of August 31, has raised more than $301.1 million in gifts and commitments.

Beginning its work in 1937, the VMI Foundation is an independent, not-for-profit corporation that raises and manages money on behalf of Virginia Military Institute, the country’s oldest state-supported military college. It manages endowments valued at $382 million at the end of fiscal 2016.