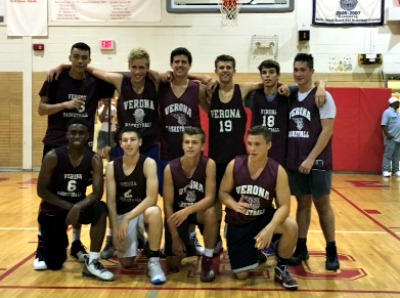 It was deja vu all over again, but this time Verona came out on top.

In the spring, the 2016 Verona High School boys basketball team garnered the North 1, Group 1 state sectional championship before falling to University High School in the Group 1 semifinals. In late July, what will be the 2017 VHS squad bested University in the Bloomfield Summer League championship.

The VHS team got to the top by narrowly defeating West Side in the semifinals, 55-54. It put more balls between itself and University in the finals, posting a 60-54 win.