An Evening Of Irish Harp Music 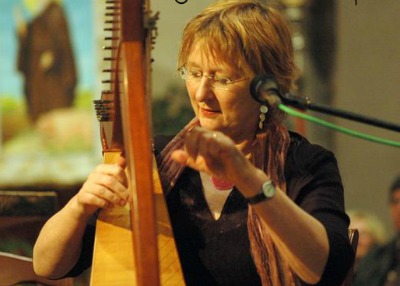 Loughnane is a native of Nenagh, County Tipperary and a graduate of University College Dublin and of The London school of Economics in the Social Sciences. A resident of Galway since 1982, she cofounded the group Dordan, which plays both traditional Irish and Baroque music. She has performed and taught in Ireland and at major festivals in Europe, the U.S. and Japan, including the Boston College Gaelic Roots Festival, the Edinburgh International Harp festival and the Copenhagen Harp festival. Loughnane will be in the U.S. for the Somerset Folk Harp Festival.

This sample of her music is from the 2011 Catskills Irish Arts week: