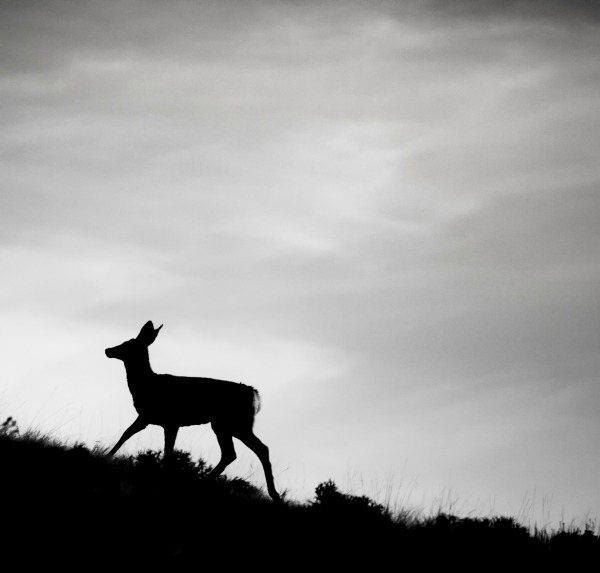 Deer do fly. I saw it with my own eyes this morning. It was between 5:25 and 5:35 a.m., on Fairview Avenue, slightly south of Verona High School. I was heading north, towards the high school, on the east sidewalk. A deer suddenly came leaping out of nowhere (someone’s yard? Kenwood Avenue?) and ran across the street. One car heading south zoomed past it (as it was still on the northbound side of the road during that split second). A second car slammed right into it.

There was a thud and then the deer flew. Right up into the air. It landed with another thud on its back on the grass and cement on the west side of the street. Its legs flailed for a few seconds, as if it wanted to right itself. But then the flailing stopped and the animal was still.

The car, I have to assume, was not damaged. Despite ramming full speed in to a deer (medium sized, I’d say), it never stopped. The driver (male) kept going at the same speed. He never stopped. He never slowed. I couldn’t tell you the license plate, the make or the model. I was too stunned and I was more focused on the deer than on the car. I can say that it was not a large car; not an SUV or a minivan. It was a smaller sized, darkish colored car and where it went and what the driver was thinking, I’ll never know. (It’s clear I would make a horrible witness.)

I think everyone in the area knows that deer are everywhere these days. As are skunks, raccoons, bunnies, geese and the list goes on and on. They don’t look where they are going. They just go. As the “smarter” species, we need to look out for them. We need to exercise caution when driving. It doesn’t matter what time of day; we need to be alert and show compassion for the creatures that share the planet with us.

And of course that compassion includes our fellow man. I will never forget the sight and sound this morning and cannot imagine the horror of the hit-and-run that occurred on Bloomfield Avenue over two weeks ago. Where is our compassion? Where is our sense of responsibility?