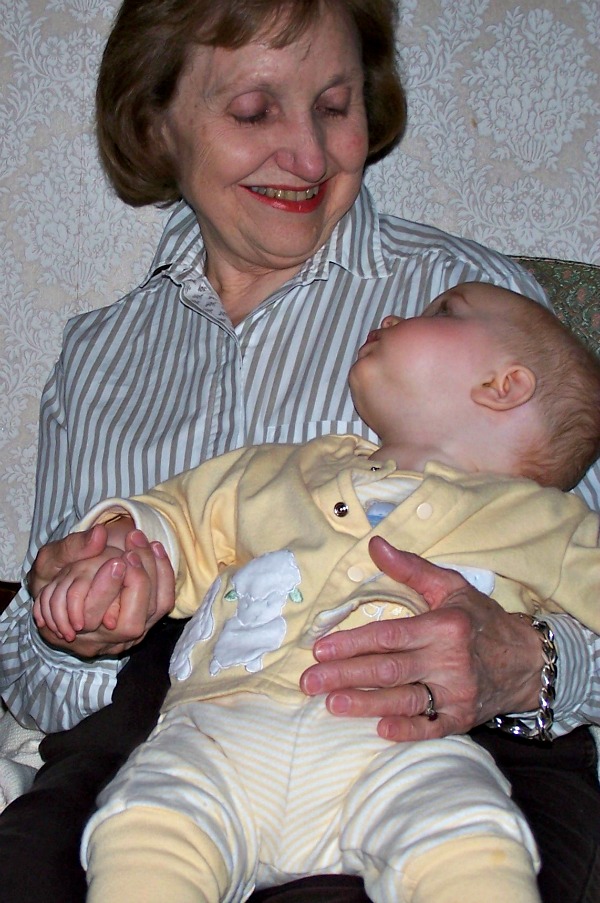 “This is the day the Lord has made; We will rejoice and be glad in it.”

Today is my “Aunt” Julie’s 90th birthday. It’s a number worth celebrating certainly, but it is the woman behind the number that is worth praise. What can I give a woman who has given so much of herself to so many people? The only thing I could think of was to write something…I hope I am able to do her justice.

Julie is not really my aunt; she is no blood relation, but she is in my heart more than just a friend. She is more than just a mentor or a spiritual leader. She is something I cannot put into words, so I simply call her “Aunt Julie.” Julie is an amazing woman for so many reasons. She’s been through many trials and difficulties in her life, which I won’t bother to go into as this post, like Julie herself, is going to focus on the good.

At an age where most people are retiring and slowing down, Julie sped up. She’s always been a busy woman. As a mother and wife, she cared for and nursed a family that was dealt with some horrible health issues. She taught piano. She was active at the First Presbyterian Church and in the community at large. You’d think she would have been ready for some rest. Instead, she went out into the world in ways that few would. She returned to school. She had gotten her bachelor’s degree in psychology in 1948 at Bucknell University, and over 40 years later she received her Master of Divinity and then her doctorate from Drew University. She was ordained on September 15, 1996. (And being ordained as a woman, let alone a woman who is “older” was NO easy task! I was there and saw the red tape that she had to cut through) It’s a date I’ll remember because I WASN’T there. Just two days prior, Julie, who was serving as associate pastor at First Presbyterian Verona, participated as a clergy member in her first wedding ceremony. She, along with Reverend Eric Spencer, presided over my wedding. As an unofficial member of my family (as she has become to so many families), it was important for me and for my family to have her present and participating. As my husband’s religious background is Jewish, many in attendance assumed she was the rabbi!

After ordination, Julie continued her work as an associate pastor (a job that was supposedly only part time, but there is NOTHING part time when it comes to pastoral care) as well as serving as children’s chaplain at St. Joseph’s Hospital. Although she retired as associate pastor, she continues as chaplain at St. Joseph’s, ministering to children and families of all faiths. She is there for them in their darkest of hours. Her role has always been to comfort and not convert, as evidenced by her book Hope and Healing: A Spiritual Treasury for Parents. In it she wrote and compiled prayers, poems and meditations which spanned a multitude of religions and languages. (A few copies are still out there and available on Amazon.com.)

The best thing about Julie is her smile. It’s a smile you feel and not just see. It radiates out and warms a room. If the eyes are the window to the soul, her smile is the external expression of her heart. A smile from Julie could melt the hardest of hearts and when there is a language barrier it immediately puts a child (and his/her parents) at ease. All the love that Julie has to give is expressed in her smile. And that’s a lot of love.

I couldn’t begin to list all the wonderful things that Julie has done, not just for me, but for the community at large. Besides that might seem boastful, one thing Julie is not. Loving, caring, thoughtful, spiritual, nurturing, those are words that describe her. I can’t imagine one person who knows her who doesn’t feel blessed by her presence.

If it seems like I am making Julie out to be some sort of Protestant American Mother Theresa, I don’t think the comparison is unfair. I think those who know her would agree. She has soothed souls and calmed waters, all without raising her voice. She is a living example of what Christianity…no cancel that, what HUMANKIND should be.

This world, as rough and rotten as it may seem, is better for having her in it. I am a better person for knowing Aunt Julie. My family and I are blessed to be considered part of her extended family.

Happy Birthday Aunt Julie! I love you! Your family (be it blood relation or not) loves you! And each and every one of us is grateful for having you as part of our family.