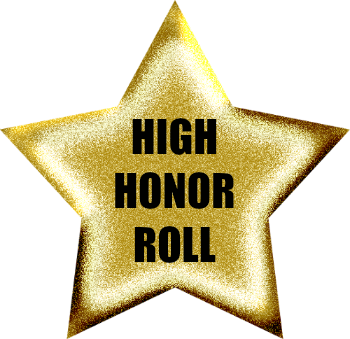 These eighth-grade students have qualified for the high honors award by attaining all “A” grades during the fourth marking period for the 2015-2016 school year: