From VHS Comp Sci To The Defense Department 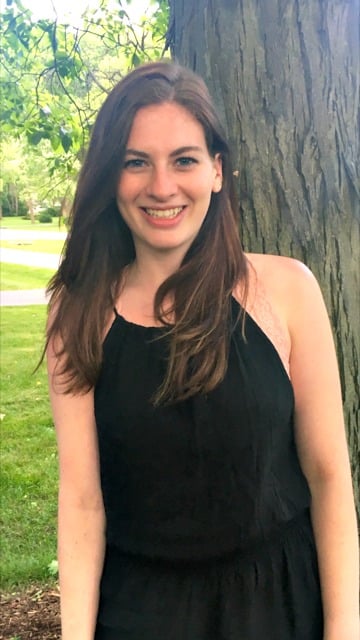 Shelley Herman was once one of the smart kids in Verona High School’s computer science program. Now the U.S. Department of Defense thinks she’s pretty smart too.

In April, Herman, who graduated VHS with the class of 2014, was awarded a scholarship by SMART, the DOD’s Science, Mathematics & Research for Transformation program. SMART will pay the remaining two years of Herman’s tuition at Boston University and give her a stipend that can cover her room, board and some of the college debt she has already incurred. “My parents are pretty thrilled,” says Herman.

Chalk up another success in the growing group of students inspired by VHS teacher Rich Wertz, who left a career at Goldman Sachs 12 years ago to become a teacher. Wertz established VHS’ computer science program, and has seen its enrollment skyrocket from 15 students to more than 100. Many of Wertz’ former students have gone on to major in comp sci in college and some are finding solid careers as a result. With 11 of the 148 members of the Class of 2016 planning on computer science majors in college and one-sixth of the entire VHS student body enrolled in AP Computer Science for the 2016-2017 school year, it seems like a good time to look at one of Wertz’ success stories, Shelley Herman.

If you’ve never heard of the SMART scholarship, you’re probably not alone. Shelley Herman would never have heard about it had she not interned at the Picatinny Arsenal. The Sussex County complex is one of the DOD’s top centers for weapons research and it is also a sponsoring facility for the program. SMART is only available to undergraduate and graduate students at a limited list of DOD-approved colleges who are pursuing one of 19 STEM majors like aeronautics, physics and computer science. The application process is as tough as that for any of America’s top colleges, and the acceptance rate is a mere 11%.

One other thing weighing against SMART: Students accepted into the program must work at their sponsoring facility after graduation for as many years as they receive tuition awards. That means that they can’t immediately fill out those seductive job applications for companies like Google and Facebook. (The DOD jobs do pay fairly well, however, and their salaries don’t need to be used to pay off student loans.)

When a student applies to SMART, they are basically applying for a job with a branch of the military, which is something Herman knew she wanted to do way back in middle school. “There was something that my mother told me about math and science in the military that really got my attention,” she says. Based on their major and where their college is located, SMART applicants apply to certain DOD facilities and then go on interviews. Herman got calls from Natick Labs, near Boston, the Marine Corps Systems Command in Quantico, Va., the Aberdeen Proving Ground in Maryland and from three different departments at Picatinny, one of which ultimately chose her. “As soon as I did my internship, I knew I wanted to stay there,” she says.

Herman doesn’t do any work for the DOD while she is studying, but she’s been asked to take as many probability and statistics classes as she can. She’s already done work in parsers and compilers, systems and algorithms, as well as scrum and waterfall software development. (Yes, all those terms will make sense to computer science people.) She will intern at Picatinny again next summer and when she graduates college, Herman must work for Picatinny for two years. “It is nice knowing where I am going to be working so that I can tailor my studies to it,” she says.

And she is grateful that she had the preparation she had at VHS. “Mr. Wertz teaches real-world applications that they sometimes don’t even teach in college,” she says. “He’s awesome.”

Since 2010, MyVeronaNJ.com has profiled the college and career paths of many VHS graduates. You can read them all by clicking on the “What’s Next” tag.