The Dads Of Verona 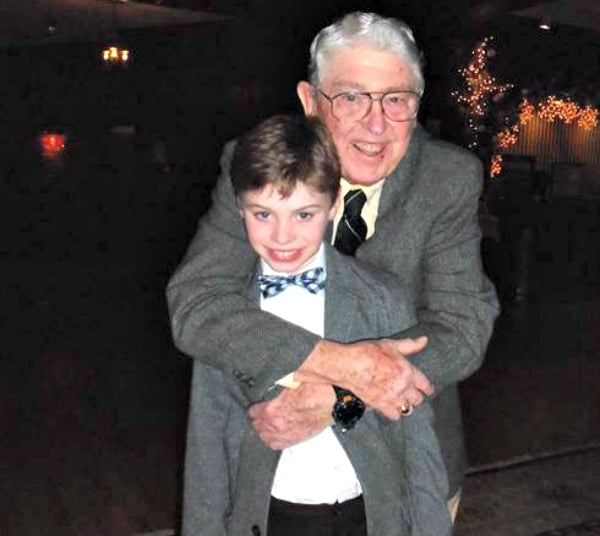 Since I wrote last month about the wonderful mothers of our town, I thought it only fair to do the same for the fathers and the father figures since there are so many.

My own dad did not grow up in Verona, but neighboring Glen Ridge. He moved here when he married my mom and the two of them stayed. After all, we know what a great town Verona is for kids. It is also an easy commute to New York City. I can remember my dad being up and out the door by 7 a.m., driving down to Montclair to take the train to the PATH station and on to the city. I believe he was almost always home just before 6 p.m. because six o’clock is when we ate dinner as a family. (Something I try to do in my own way.)

When I was a child my dad was active on the Verona Planning Board (and he still goes to meeting when concerned over an issue). Verona would not be the same if we didn’t have dads (and moms) involved in our local government. In Verona your voice CAN and SHOULD be heard. My father likes his voice to be heard and I don’t think he’s ever missed voting in an election (whether it was local or national). He was always one of the first to arrive at our designated polling place (Laning Avenue School) to cast his vote. It’s a trait he’s passed down to me. I try to time my morning walks so that I arrive (somewhat sweaty) at the Laning Avenue school gym precisely at 6 a.m. (Although we all know that Laning time is five minutes slower than the rest of the world.) Then I can continue my walk home and get ready for work, knowing that I have done my civic duty. (And I’ve beaten my dad to the polls.)

My father is a gardener. When I was younger our backyard was full of flowers (sunflowers being my favorite) and vegetables. He continues to grow tomatoes and cucumbers and shares the wealth (be it left over plants or the fruits of his labors) with neighbors. One year he even made it to the finals of the Giant Tomato Contest. (He didn’t win, but he did get a t-shirt that sadly has been lost to time.) We do after all, live in the Garden State. Look around the yards of Verona and I’m sure you’ll see that there are many other dads who revel in the soil. (As well as plenty of those who revile it as they deal with weeds and the burnt out lawns of late summer.)

Like many of the dads in Verona, he was active in his children’s interests, so he became a band parent. For a while there he was the “voice” of the Marching Maroon and White, at least while I was in the band as well as when my brother was. (What happened during those couple of years in between, I am not sure.)

Being active in Verona’s educational system doesn’t just apply to my dad; my maternal-great grandfather served on the Board of Education. This was way back in the 1920s and I have inherited the musty old high school yearbooks in which he is pictured.

To be a dad in Verona is to be active. I think it’s practically a town requirement. When I think of the fathers of Verona beyond my own and my husband, I think of men like Mayor Kevin Ryan, who is not only a civic leader but active in the Verona Environmental Commission. I think of Police Chief Mitchell Stern who helped save the life of a girl on the other side of the world. I think of coach George Stiefbold who not only coached Verona athletes to victory on the soccer field, but who also taught countless teens how to drive (my mother AND myself included). And there are many, many more out there.

Our township is blessed with so many wonderful dads. Dads who don’t look out just for their own brood, but for the community at large. To be a Verona Dad is something special. Each has their own special talent and gift and shares them with us all. Happy Father’s Day to the dads of Verona. The township is much richer because of you.