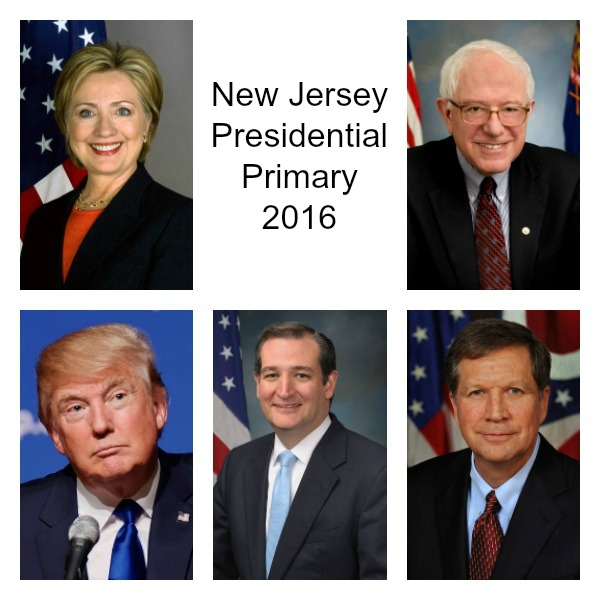 Verona voters went to the polls today for the New Jersey presidential primary, casting their ballots for Hillary Clinton on the Democratic side, and Donald Trump on the Republican ballot.

According to the unofficial tally at Town Hall, there were 1,039 votes for Clinton and 647 votes for Sanders. Among the Republicans, Trump got 715 votes, John Kasic got 128 and Ted Cruz got 24. (Cruz and Kasich remained on the New Jersey even though both have suspended their campaigns.)

District 1’s polling place was recently switched to Claridge II from Laning Avenue School. In April, Nicholas Amato, the president of the board of Claridge II had asked the Essex County Board of Elections to move District 1 voting from Laning, where it had been for 30 years, to the condominium tower to improve voter turnout. Roughly three-quarters of the voters in District 1 live in either Claridge I or Claridge II. Turnout from District 1 has typically been lower than other districts in Verona municipal and school board elections and on par with other Verona districts in statewide and national elections.

The biggest source of confusion in Verona seems to have been the fact that New Jersey operates a closed primary, which means that registered Republicans and Democrats could only vote for their party’s candidates. Poll workers in several districts reported being confronted by angry voters who appeared to not know their registration and were not prepared to vote for the candidates of that party. Told she was a Republican, one voter said, “Well I can’t do that,” and turned around and left.

Voting appeared to have run smoothly at Claridge II, which a side room on the ground floor was used as a polling place. But while there were parking space set aside for District 1 voters who did not live in the Claridge II in the valet parking area, those spaces were not set up in compliance with the Americans With Disabilities Act. There were no handicap-van accessible spaces and any District 1 voters with mobility issues would have faced a difficult transition from the parking lot, down the driveway and then back up to the building entrance. At Laning, all handicap spaces are on level ground near a handicap-accessible ramp.

Clinton and Trump were also the winners statewide in New Jersey. According to CNN, Hillary Clinton got 63.8%% of the statewide Democratic vote (with 72% of the ballots counted), while Bernie Sanders got 36.2%. New Jersey has 126 pledged delegates to the Democratic National Convention and delegates are allocated in proportion to the ballots cast.

New Jersey has only 51 pledged Republican delegates and the primary is winner take all. According to CNN, Trump got 81.1% of the statewide Republican vote, while Kasich got 12.9% and Cruz got 6%. Trump’s win means that the delegates going Cleveland for the Republican Convention could include Bethany O’Toole. She is the chairwoman of the Essex County Board of Elections, the body that approved the change of District 1’s polling place to Claridge II, and an alternate delegate for Trump.

Donald Trump has run a natavist campaign against immigrants, women, Muslims and minorities while offering few specifics on how he would achieve his campaign slogan to “Make America Great”. He made only one campaign stop in New Jersey, in Lawrenceville on May 19. Tickets to the event were $200 and the proceeds were supposed to help repay Gov. Chris Christie’s presidential campaign debt. Trump was also the host of a private dinner on May 19 in New Jersey to defray the legal costs incurred by Gov. Christie’s former staffers during the Bridgegate scandal. The tickets to that event cost $25,000 apiece.

Hillary Clinton has run a campaign virtually in opposition to Trump, championing issues such as ending income and social inequality among minorities and the sexes, and defending immigrants. The former secretary of state, who secured the Democratic Party nomination on Tuesday, made a few primary campaign stops in New Jersey, but had mostly focused her attention on California and the general election.

Senator Bernie Sanders recently declared that he is staying in the race all the way to the convention in July, and has run a campaign that surprised many, even the Clinton campaign. Mr. Sanders’s campaign has fought for Wall Street reform, civil rights (supporting the Black Lives Matter movement), and an end to the war on drugs, which may ultimately lead to the legalization of marijuana.

Andres Sandoval contributed to the reporting for this story.