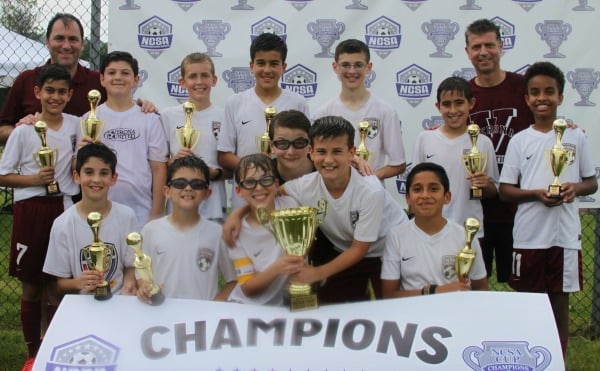 The Red Devils reached the final by beating River Dell, Bayonne, and South Orange/Maplewood in previous League Cup games. More than 75 clubs, 1,200 teams, and 14,000 players participate in the NCSA, which was formed in 1973.

“The boys, each to a man, contributed to a very good performance versus a tough and physically compromising Fair Lawn team,” said Team Manager Justin Marriott. “Their team spirit held them together to win 2-1 and win the trophy. Having coached most of these boys since they were seven years old, we’re very proud of what they’ve accomplished and how they represent themselves, their team, their club and their town.”