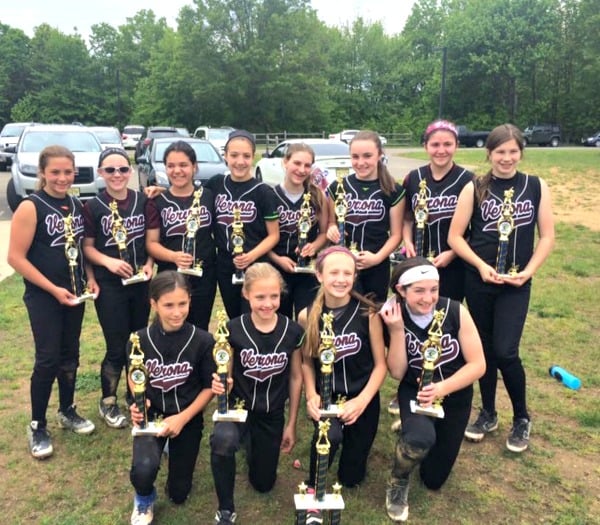 The Verona 12U travel softball team capped off a perfect weekend with a 4-2 win over Bridgewater in the championship game of the 5th Annual North Brunswick Summer Blast Off tournament on Sunday. After an unblemished Saturday (3-0 record), the 12U Barnstormers lived up to their billing as the number one seed during Sunday medal play. The Barnstormers dispatched the NJ Venom 8-3 in the semi-final round behind the strong pitching of Mel Naeris, steady defense and timely hitting.

In the championship game, Verona raced out to an early 4-1 lead and held off a late Panthers rally. With the trying runs on 2nd and 3rd base, winning pitcher Lia Tortoriello induced the last Bridgewater batter to hit a pop-up which found her glove and the celebration was on.