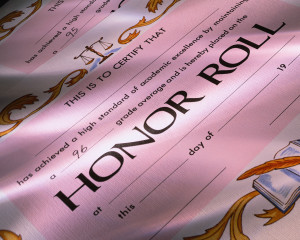 Yvette McNeal and David Galbierczyk, principals of H.B. Whitehorne Middle School, are proud to announce the names of those students who have earned academic recognition during the third marking period of this school year 2015-2016.

These eighth-students have qualified for the high honors award by attaining all “A” grades during the third marking period for the 2015-2016 school year: