Letter To The Editor: Majority Council Takes Jackhammer To Budget 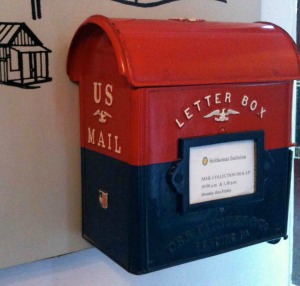 I wish to thank the present majority council, our new town manager and Chief Financial Officer Matthew Laracy for what looks like a no-increase in municipality taxes for the next fiscal year. I’ve seen the long hours you put in scrutinizing every line item in the budget and the many meetings you have held trying to get out town back into some kind of fiscal shape. Why, or how, was this disgraceful behavior and abuse of taxpayers’ money allowed in the first place?

What you have done in the past six months and the reorganization of the council–your dedication to Verona has been second to none. We’ve all heard the horrible stories of bloated salaries, overfed budgets and ballooning overtime. What I don’t understand is why the people of Verona had to wait so long to get the right combination of councilmen to do the right job for our town. What was the previous majority council doing all those years? Did they have no idea what they were doing? Were they lazy? Or did they just decide to be puppets on a string?

I want to touch upon the March 31 budgetary meeting. Mayor Ryan requested from each councilman an idea of where the budget might be. From the five ideas of how best to save money for Verona and which way our town should be headed, Councilman Roman voted #5, which meant no increase in municipality taxes for the next fiscal year. His dedication and financial know-how is in a class of its own, and is sorely needed for the taxpayers of our town. Without question, we need more people like him to fix the financial messes of our state.

On the other hand, Councilman Manley voted #4, an increase in property taxes, which will further burden the senior citizens of our town including the one-in-four citizens who struggle to afford basic necessities as reported in the Verona-Cedar Grove Times just over a year ago. His years as a councilman have been underwhelming, fiscally disappointing, and year after year have burdened the taxpayer with his over-dedication and zealous generosity to the public sector.

Like Councilman Roman, Mayor Ryan voted #5 for no further tax increases. Since becoming mayor last year, he has portrayed great leadership towards our town’s fiscal matters, and is the kind of leader that Verona needs and deserves. Moreover, Deputy Mayor Nochimson has put himself on the line time and again urging for fiscal responsibility, and, as Senator O’Toole noted when he swore him in last May 2015: “any town would be honored or privileged to have him as a Councilman.” He is in every sense another proponent of fiscal responsibility. I’m glad that I was involved with his re-election, in whatever small way it was.

Councilman Sniatkowski gave a hesitant vote to #5. He seemed to want to implicate option #2 and #4, which would have increased the town’s taxes. He is part of the old majority council which is to blame for most of the financial damage to Verona. So to you Mayor Ryan, Deputy Mayor Nochimson and Councilman Roman, I want to thank you again for your fiscal responsibility and dedication to the taxpayer of Verona, and also the respect that you have shown the residents of our town, which has been long overdue by the town council and government.