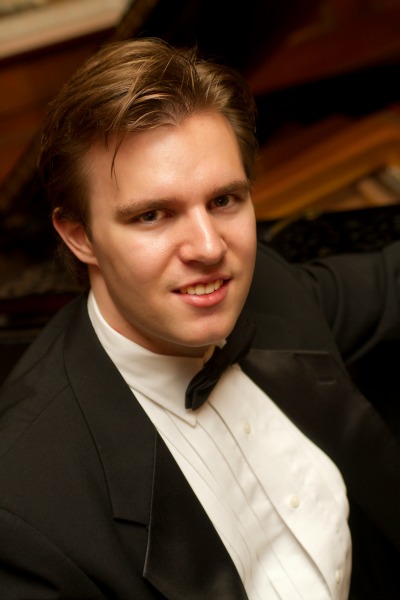 The First Presbyterian Church of Verona, located at 10 Fairview Avenue, is proud to present pianist Eric Clark in concert on Sunday, April 24 at 3 pm. The concert will feature pieces by Beethoven, Lizst, Grieg, and Chopin.

Clark has performed to great acclaim throughout much of the United States and in Europe. In April 2014, he performed the Grieg Concerto in two consecutive concerts with the Space Coast Symphony in Vero Beach and Melbourne, Fla., conducted by maestro Michael Hall. Clark is a graduate of Carnegie Mellon University, where he studied with Enrique Graf, Sergey Schepkin and coached occasionally with Earl Wild and Ilana Vered. Winning first-prize in the 2009 Concerto Competition at Carnegie Mellon, Eric was invited to perform the Tchaikovsky Piano Concerto No. 1 with the Carnegie Mellon Philharmonic, conducted by Ronald Zollman.

There is no cost for this concert, but donations are appreciated. (Suggested donation: $10). Immediately following the concert, the public is welcome to an informal reception of light refreshments with an opportunity to meet the artist.