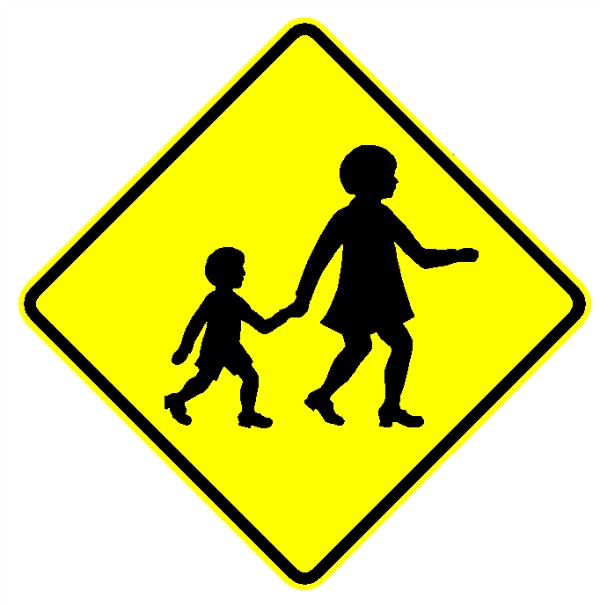 Verona is brimming with children and wildlife galore. In the early morning hours (when thankfully traffic is next to non-existent), I’ve seen deer crossing Pompton Avenue, a fox in the middle of Bloomfield Avenue and skunks, raccoons and countless other little creatures scampering around the side streets. There are also some hearty souls (like myself) who are out there running (not me) or walking (me). Some wear reflective gear; some do not (I am guilty of this). As the early morning darkness slowly fades away, there are less creatures (although deer seem to appear more at dawn) and more people. Traffic starts to build. Are we all looking out for each other?

Sure it’s great to be able to cruise down Bloomfield Avenue with little to no traffic and all the lights are in your favor, but that doesn’t mean you shouldn’t let your guard down. In these early morning hours when the light is dim is when four-legged creatures are apt to be exactly where you DON’T expect them. (I never expected to see a fox standing in the middle of Bloomfield Avenue across from Everett Field!) And though many walkers and joggers stay on the sidewalk, sometimes the road makes for easier terrain. (This is especially true when the ground is wet). Keep the peace and quiet in the early morning drive; be alert and look both ways before making that turn!

Later in the morning, the road may be a bit more crowded. I know we are all in a rush to get to wherever we need to be. But different schools start at different times. Drop-offs can be as early as 7 or as late as 9. The same is true of the afternoon pick-up. I’ve seen buses out at 2 in the afternoon all the way through to the evening rush hour (and beyond). While I know that nobody likes to be stuck behind a school bus (don’t we all groan when we find ourselves behind one), remember they are loaded with precious cargo. They make frequent stops and this is NOT the time to pass one. I can’t tell you how many times I have seen cars passing school buses with blinking red lights and the side stop sign stuck out. When the bus lights are red it means STOP in both directions. Doesn’t matter if you are behind the bus or approaching it from the opposite direction: STOP! When the bus is slowed or stopped and the blinking lights are yellow/amber, use extreme caution when passing. You never know when a little one or even a big kid might dash out. You may be groaning that this is all common sense, but I think we all know how rare “common” sense is these days.

So let’s go back to looking both ways. It’s not just when you a pedestrian crossing the street. The same thing goes for pulling out into traffic. Common sense, right? I make a lot of left turns on my way to and from work. I seem to be forever sitting at stop signs waiting to make a left as a parade of traffic goes by. As annoying as it may be, it beats the alternative.

I nearly met that alternative a few weeks back. Like everyone else on the road that morning, I was in a hurry to get to where I needed to be (work). I had already dropped off kids at HBW and was heading north on Valley Road in Clifton when a woman pulled out of a complex, making a quick left. Was I going too fast? Perhaps, I am as guilty of rushing from place to place as the next person, but she never even glanced my way. s I slammed on my brakes, I could see in my mind’s eye the front of my SUV plowing into her driver’s side door. There was no way I was going to NOT hit her. And yet by the grace of God, I stopped just inches away (maybe less). She never realized how close she came to serious car damage (and possibly personal injury).

So please, look both ways before entering the road. Slow down and pay attention to what is going on. Pull down that sun visor and put on those sunglasses if you’re heading east in the morning or west in the afternoon. (How many roads do we have in New Jersey that seem to head directly into the path of the sun?) Drive with caution and use that not-too-common common sense.

I think we’d pretty much all agree that Verona is a great place to live. By looking both ways, we can keep it that way.

Beth Shorten is a life-long resident of Verona. You can read more of her writing on her personal site, Bfth’s Boring Blog.