Verona’s Voice On ‘The Voice’ 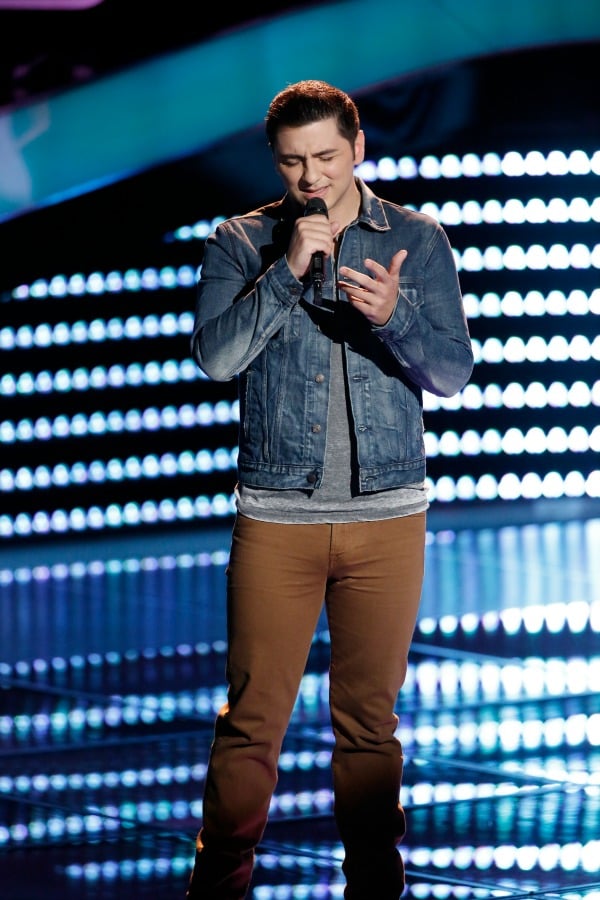 For decades, Verona has seen lots of great young talent in its elementary, middle and high school music programs. By his own admission, Joe Vivona wasn’t one of them.

“I was never very good at any of the instruments I played,” says the 2006 graduate of Verona High School. “I played drums in the lowest band at HBW and the only reason I got moved up the next year was because they eliminated the lowest band.” Vivona then taught himself to sing and joined chorus in his junior year at VHS, but, he says, only because it was the year of the music program’s big trip to Disney.

That might have been the end of Joe Vivona’s music story except for one thing: He discovered he had a passion for creativity that just wouldn’t quit. “My whole life has been driven by creativity,” he says. So driven that his imagination and resourcefulness has taken him all the way to season 10 of the nationwide TV hit “The Voice“.

If you haven’t seen the reality music show before, it features singers from all over the country who compete for a $100,000 prize and a major recording contract. The show starts with blind auditions before four judges who are also top vocal artists: Adam Levine, Blake Shelton, Christina Aguilera and Pharrell Williams, this season. Working from the sound of the voices alone, they select contestants to be on their team, who they will mentor through a series of challenges, sometimes against fellow team members. After Williams selected Vivona for his team on the February 29 premiere (watch his performance here), Vivona posted on Instagram that the singer behind the 2014 smash “Happy” was the “Best Coach I’ve had since Dr. Collins in 7th grade.”

That tickled Dr. Charles Collins, a Verona resident who is a chiropractor and was Vivona’s long-time Little League coach. “He wasn’t tremendously gifted,” Collins says of his former outfielder, “but he worked really hard.” Vivona also provided his teammates with plenty of entertainment because he spent his Saturday mornings in an acting class that included a section on clowning. “He would sit on the bench and juggle baseballs for us,” Collins recalls.

Vivona’s hard work continued well after baseball, with stints in acting and voiceover work, and training as a sound engineer. “I learned the ‘behind the glass’ experience and then I was able to record myself,” he says.

While 13.3 million TV viewers saw Vivona’s performance in the blind audition, they didn’t see the eight months of auditions that got him to the premiere. “Forty-five-thousand people auditioned and I ended up in California with 100 of the best musicians in America,” he says. Before May is over, viewers will decide his fate through their Internet, text, and cell phone voting, as well as their purchases of his music on iTunes. You can follow his progress on TV (Mondays and Tuesdays on NBC at 8 p.m.), as well as on Twitter and Instagram.

So what’s Vivona’s advice for the dozens of kids now in Verona’s music program? “Just go for the biggest thing and see what happens,” he says. And you might want to watch the video he created with other “Voice” contestants on overcoming fear, which includes a shout-out to HBW: