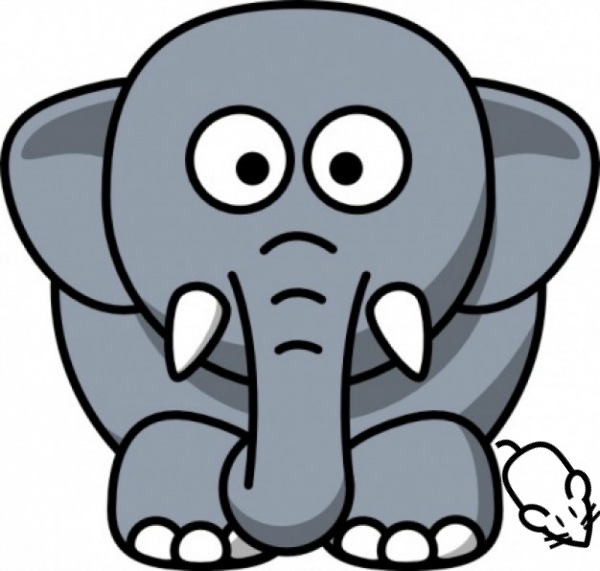 Verona’s former town manager used to frame all financial discussions in terms of “elephants” (the big worries) and “mice” (the smaller ones). Since Joe Martin resigned last summer after the change in majority on the Town Council, the leaders of the new Council have found plenty of both in Verona’s finances and some of the rodents have been closer to a beaver or capybara in size. Both categories are now getting extra scrutiny as the new Council majority debates its first municipal budget.

The budget workshops were introduced, begrudgingly, during the recession but even then, increases for most departments seemed a foregone conclusion. Not so this year: At the March 3 and March 10 meetings no line item seemed to small to escape scrutiny and department heads were pressed to re-think their operations from the ground up. The $68,000 charged to “office supplies” in 2015? Definitely a thing of the past. (Note to the newbies: Municipal budgets in towns like Verona are usually adopted after the year has started because we need to wait for state aid decisions.)

The biggest elephant in the Council chamber this year is its goal to reduce Verona’s use of capital surplus from $700,000 to $439,900. Councilman Alex Roman, who was elected last year, says Verona’s reliance on capital surplus to fund operations is like taking out a home equity loan to pay for groceries. “If you’re having to draw down your home equity line of credit to pay your bills, you are spending too much,” he says. “This revenue is not sustainable and compounds our budgetary problems over the long term by increasing interest paid. We should be returning no capital surplus to the operating budget unless we are using it to reduce short-term or long-term debt ahead of schedule.”

And no, the problem will not be solved this year. The goal for 2017 will be bring the use of surplus down to $200,000, and then eliminate it entirely in 2018. To make up for the cut in revenue without clobbering taxpayers, the Council is looking to cut expenses in all departments. So the police department, for example, was pressed to find more savings in overtime and the recreation department was asked about part-time positions instead of full-time.

The March 10 meeting included a review of Verona’s tax assessor department, which, with a proposed budget of $157,435 is several times larger than other towns our size. The department currently includes a full-time assistant assessor and a certified assessor who is part-time: So part-time, in fact that he has just one hour for office hours in Verona each week. (You can watch the entire meeting on YouTube here; the presentation on the assessor’s department begins at 1:27:30.)

Verona’s assessor, George Librizzi, is also the full-time tax assessor in Montclair, where he serves Monday to Friday from 8:30 a.m. to 4:30 p.m. On Tuesdays, he’s in Caldwell from 5 to 6 p.m.; on Wednesdays, he has an hour in Glen Ridge before jumping to North Caldwell from 6:30 to 7 p.m.; and on Thursdays he’s in Verona from 5 to 6 p.m., even though our other municipal offices close at 4:30. (He is supposed to be available to Verona taxpayers at “mutually convenient times”, though it’s not clear when that could be.) The salary for Verona’s assessor position, meanwhile, might strike some people as anything but part-time: $56,166, according to public documents. And even though Librizzi is a certified appraiser as well, Verona pays for appraisal services from a third person.

“I did my own shared services,” Librizzi told the Council last week, to which Mayor Kevin Ryan replied: “To some of us, that’s a sticking point.”

“We need you in town present one day a week,” addedCouncilman Michael Nochimson. “It is our right to have an assessor in town with hours in sync with town hours.”

While other assessors in Essex County serve multiple towns, their hours are far broader than Librizzi’s. Kevin Esposito is in Belleville on Monday, Tuesday and Thursday from 8 a.m. to 4 p.m. and Friday from 8 to 11:30 a.m. He’s in Essex Fells on Tuesday from 4:30 to 6:30 p.m. and spends Friday afternoons in Roseland. Richard Hamilton is in Cedar Grove on Tuesday, Wednesday and Friday all day, and West Caldwell all day on the other two days. Towns must by law, have a certified assessor on staff; Verona’s assistant assessor, who is paid $81,173 according to public records, does not have certification.

Ryan stressed during the workshop that it was not an employee evaluation, but rather an attempt to see how department costs could be brought down. Nochimson was more blunt: “Can’t [the department] be cut to one individual?” he asked. That, however, may be easier said than done: Tax assessors are, thanks to state legislators, covered by a nearly iron-clad a tenure policy.

There is one more budget meeting on Tuesday evening (7 p.m., Town Hall), at which the pool, library, roads, communications, and finance/administration budgets will be discussed. The budget will be finalized until April, but even when the ink is dry on the numbers, the cost-cutting won’t be done.

“Budgeting is not an exercise that happens once a year,” said Roman. “It is a continuous process of review of results from operations and controls that the Town Council needs to put in place. We will be concentrating on personnel this year and will change authorizations for staffing levels and salaries authorized. Even after we pass this year’s budget we will continue working to bring down the operating cost of the Township. You will next see me work on capital management to improve our process of capital planning and management of projects after approval to ensure that we complete them in a timely manner and low cost and only expend bond dollars on items necessary for improvement of facilities. The Council will also work to drive transition to regionalized services where it can be done and improvements in labor efficiency to further reduce personnel cost.”