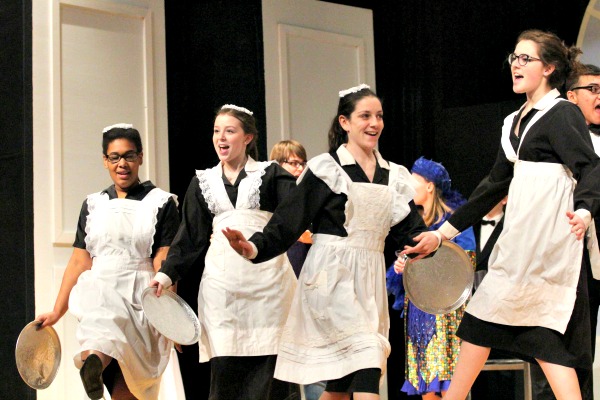 The musical is the final production of Fran Young, who will be retiring in June and with this show she is going out on a high note. Teaching English at VHS since 1977, she took over the direction of the school’s drama productions in 2012. In those four years she has overseen both plays and musicals, all which have been outstanding, but The Drowsy Chaperone is her finest hour. 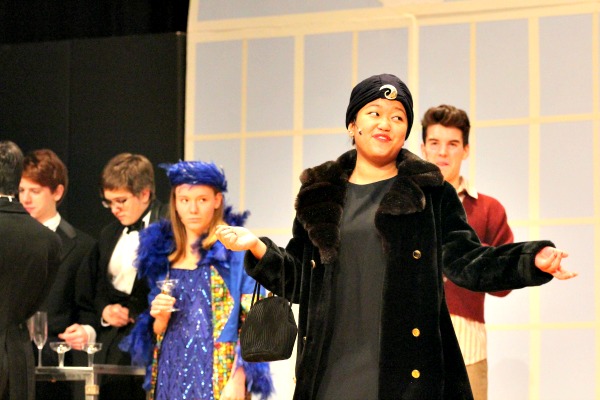 Full disclosure: I had Mrs. Young as an English teacher. (A fact that I will be forever thankful for; I regret that my son will not have the opportunity.) I was also active in the school’s theater productions. I wish they had been as well thought out and directed. Of course perhaps “back then” there were not quite as many gifted and talented students. The strength of the current production of The Drowsy Chaperone is the vast amount of talent that appears on the stage (as well as in orchestra pit and behind the scenes). In my day finding enough males to fill the required roles was a challenge; the current cast of The Drowsy Chaperone does not appear to have such problem. Back in the day, the male cast members had to be coerced into participating; talent and a desire to be on stage were not part of the equation. This is obviously no longer the case, each leading male shone in his own way. I shouldn’t leave out the ladies either as each and every one played their role to near perfection. As a matter of fact, there is so many talented students on stage that I wished there were more roles, or more time for each character to appear on stage. (But as the Man in the Chair points out, anything over two hours is too much.) 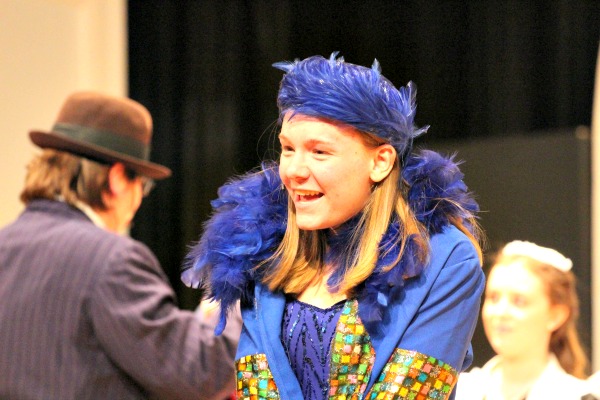 The show itself is ideal for a high school production. The main character, Man in the Chair, seems to be somewhat of an agoraphobic, shutting himself into his apartment, passing the time by listening to his beloved cast recordings of old Broadway shows. He puts on his favorite, The Drowsy Chaperone and the show comes to life before him and us. He stops and starts the recording to make his observations on the characters and the actors portraying them, as well as adding his own commentary and criticisms and through the magic of theater sometimes joins in. The show within the show, The Drowsy Chaperone is a fictional over-the-top 1920s musical which gives every actor a chance to play their part to the hilt. And the VHS Spotlight Players do. What is so wonderful about the production is that while the leading characters shine in their madness, so do the members of the chorus, particularly at the conclusion of the show. (No spoilers here.)

The only complaint I might have about the show is that it is only running at VHS for three nights, and tonight, Saturday, is the last one. It is obvious that much hard work has gone into the show and it is worth seeing more than once. Yes, the show and it performers ARE that good. 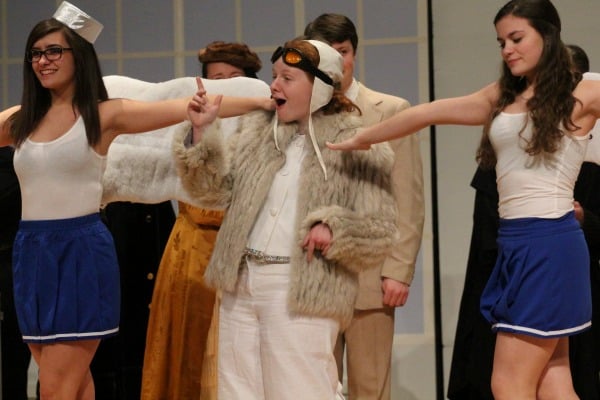 The Spotlight Players have a great deal to be proud of. Verona should be proud too; it is obvious that we have a very large pool of talented actors and musicians. As for Mrs. Young, you’ve set the bar exceedingly high for whoever takes over as director of the VHS Spotlight Players next year.

If you have the chance to get to VHS tonight, GO! Tonight’s performance is at 7:30 and is only $10 ($8 for students and senior citizens). I guarantee an evening of laughter and you might even wake up the next morning (as I did) singing “Show Off.” 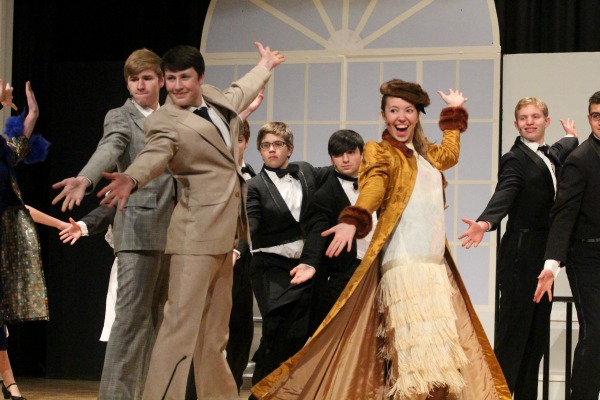