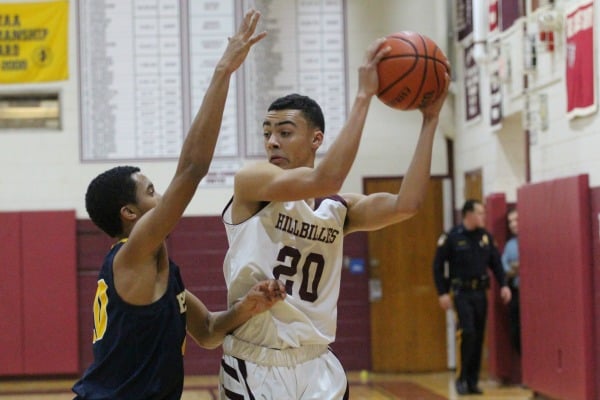 The Verona High School boys basketball team took its time warming up to their home court last night, but once they did, they were like a freight train rolling down hill. Even at the half, the lead that #4 ranked Verona held over #13 Saddle Brook was modest. But when the engines that have powered the Hillbillies to a 19-7 season finally stopped, Verona had handily won the first round of the North Jersey, Section 1, Group 1 tournament, 60-41.

Travis Jocelyn once again did what he has done so well this season, leading the VHS boys with 21 points and nine rebounds. The junior now has 113 field goals for VHS basketball, 97 of which came from the current season, making him the leading scorer for the Hillbillies. Jocelyn has 426 total career points for Verona, 344 of which from this year.

But there were plenty of points to go around in the new gym last night: Zack Zaccone had 11, plus eight rebounds and five assists, while Jack Farrell had 10 points and Joe Zecchino put up nine.

The next round of the state championship will take place on Wednesday at VHS, when Verona will face fifth-seeded Palisades Park. The Tigers defeated 12th-seeded Cedar Grove 71-43.