Verona High School’s Spotlight Players will be presenting The Drowsy Chaperone March 3, 4 and 5 at 7:30 p.m. in the VHS Auditorium.

The Drowsy Chaperone is a parody of American musical comedy of the 1920s. The story concerns a middle-aged, musical theatre fan as he plays the record of his favorite musical, the fictional 1928 hit The Drowsy Chaperone, and the show comes to life onstage as he wryly comments on the music, story, and actors. The show debuted on Broadway in 2006, winning five Tony awards and seven Drama Desk Awards.

The Spotlight Players’ production brings this fun-filled show to life. The production is directed and produced by Fran Young, musical direction by Marsha Schreier, choreography and set design by Melody Williams and technical direction by Tom Williams. The stage manager is Miranda Williams, and the lighting director is Ryan Vail.

Ticket will be sold at the door starting at 7 p.m. at $10 for adults and $8 for students and senior citizens. Come and enjoy a great evening of musical theater! 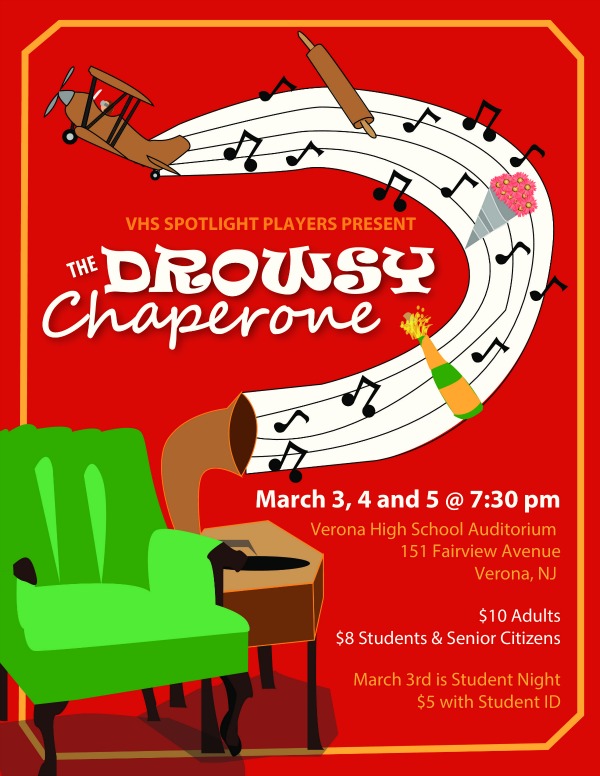