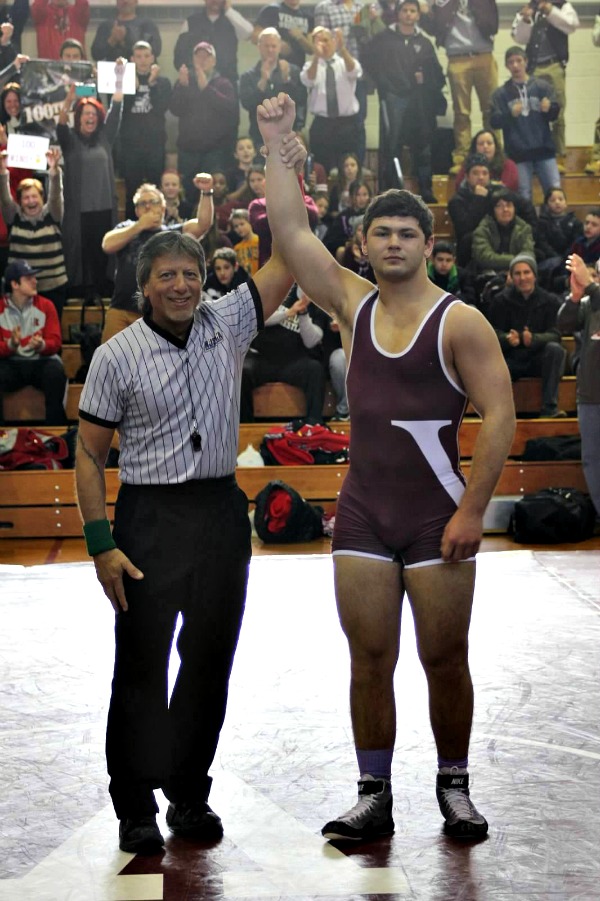 Mark Riggio started the final season of his Verona High School wrestling career with several big goals. As of Saturday, February 13, he can cross one off his list: Riggio won his 100th bout.

“I knew it be tough,” Riggio says, recalling that he started the season with 69 career bout wins. “I’d be wrestling a few state qualifiers. But as the season went on, I knew I was going to do it.” In Saturday’s quad, Riggio, who has been wrestling since age 4, scored a win against his West Orange opponent before pinning his counterpart from Parsippany. It was the moment that the home crowd had been waiting for, and it erupted in cheers and banners.

“Mark’s one hundredth win is a tremendous accomplishment,” says Coach Pete Foster. “It represents consistent success over the course of his career and is a testament to his athletic ability and his competitive nature. Coupled with the success of the football team, this accomplishment is another highlight of a great Hillbilly career. While Mark has other goals that he will continue to work toward this season, I am extremely proud of him and happy for his family.”

Verona High School has had a steady drumbeat of 100-bout winners in recent years. Paul Scully reached the milestone in 2014, and in 2013, Riggio’s cousin Frankie Greco got his 100th win in Atlantic City.

Riggio’s family and friends have some more cheering ahead. “My goals are to place first in districts and regions,” Riggio says, “and get on the podium at states.” The district championship kicks off on Saturday at West Essex High School. 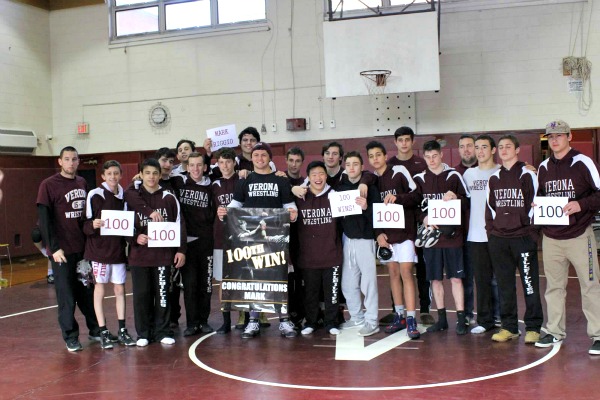