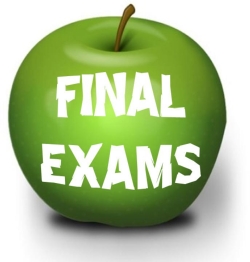 Verona High School, which stopped giving midterms in the 2014-2015 school year, will also be doing away with finals. The change was approved by the Board of Education last night, and is effective with this school year.

Superintendent Rui Dionisio said that, as was the case when it dropped midterms, the district is making the change to regain instructional time that was being lost to standardized testing. In place of the midterms, VHS added more in-depth questions to every unit test to ascertain more immediately whether students could recall what they had learned and apply it.

Many school districts have ended the use of midterms and finals in recent years. Maryland’s Montgomery County, an upscale suburb to Washington, D.C. and one of the country’s largest public school districts, said it would drop both in the 2016-2017 school year, as did Loundon County, Va., an affluent area to the west of D.C. Closer to home, Livingston High School has dropped finals, and Wayne High School and Glen Ridge High School have done away with midterms and finals.

But dropping finals at VHS might not have the same psychological effect as ending midterms, because many VHS students were exempt from the finals already. There were no finals in electives, and students taking AP classes and those with “A” grades didn’t take the tests. Some VHS students could also get an exemption in return for community service, which prompted BOE Vice President Lisa Freschi to ask how the change would affect volunteer efforts. Dionisio said the district intended to encourage “altruistic service” instead.