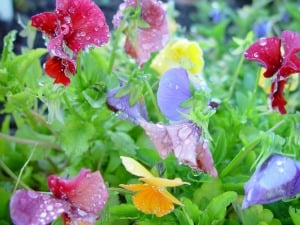 She was predeceased by her beloved brothers and sisters, Stan Mehr, Seymour Mehr, Gloria Bass, Rhoda Young and her grandson Josh Krupp.

Rosalind graduated from Hunter College and received a Masters degree in History from Montclair State College. For many years she thrived teaching history at Verona High School, and then adult education courses. She was an avid gardener, and always enjoyed reading, whether The New York Times or a good history book. In later years she was often delighted to hear from former students who told her of the impact she had on their lives by inspiring them to believe in their own abilities.

A graveside service will be held at noon on February 7 at Menorah Cemetery, 601 Passaic Ave, Clifton, with a reception to follow. In lieu of flowers please consider making a contribution to the cause of your choice.