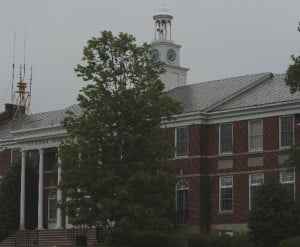 The Town Council met on Monday, January 4, with a new township attorney, Brian Aloia, on the dais and an agenda that signaled that there will be changes coming to both traffic enforcement and Verona’s budget process.

As part of a presentation on police activity last year, Verona’s new captain, Mitchell Stern, indicated that while the department did issue more summonses last year, it would be taking a new approach to traffic in 2016. The VPD’s new computer system will allow officers making traffic stops to see if that motorist had recently been issued a warning for the same problem, which could mean, Stern said, that a summons would be issued. “You won’t get the second bite of the apple,” he told the Council. The VPD is also going to be cracking down on speeding. The department will be deploying speed monitors in an area and then issuing tickets. “Our policy is going to be education for five to seven days, and then we’re going to follow that up with enforcement,” Stern said.

Stern also told the Council that the VPD had 15,138 dispatches in 2015, significantly above its 10-year average, and that some of the calls are taking much more time and manpower than they used to: A drunk driving stop can occupy two officers for four hours, Stern said, while a domestic violence call can take up an entire shift. “We are working on best deployment of our resources,” Stern said. He also told the Council that the VPD has gotten three probationary officers into the Essex County Police Academy, which brings the total number of officers on the force to 30. (While that is close to the department’s staffing high a few years back, the new officers should cost taxpayers less because of the new contract format reached in 2014.)

This is a year for contract talks for Verona’s municipal employees, and big changes seem to be in the offing. Councilman Michael Nochimson expressed concern over the number of assistants among town staffers and signaled that he will be looking for changes to municipal employees’ 35-hour work week. “It exposes the town to artificial overtime,” Nochimson said, adding “I’m not sure that the taxpayer can any longer afford this.” Nochimson also expressed concern about past hiring practices, which he said involved hiring some individuals without informing the Council and later moving those individuals to higher paid positions.

Mayor Kevin Ryan noted that the Council cannot unilaterally adjust hours now because they are embedded in the current contract. “This is a contract negotiation year,” he said, “so we will certainly be discussing these kind of things. These things are all on the table.”

CFO Matthew Laracy told the Council that he will have the 2016 budget ready for introduction on March 7, and that he envisions it being adopted on April 18. That would be about two months earlier than past budgets. Councilman Alex Roman indicated that, as part of the budget process, the Council would be doing a full organizational review. “We need to really understand why those positions are there,” he said. “I also want to get into the utilities and see how those are staffed, financed and operated.”

The meeting also included a nod to Verona history. Last year, resident Rob Caruso completed a project that recognized Verona residents who had died in service to their town and country with street signs near their former homes. One sign was missing then, for Patrolman Theodore Braun, who was killed in an accident in 1938. On Monday, Mayor Kevin Ryan presented the sign to Braun’s nephew.

Councilman Jay Sniatkowski praised Caruso for his work compiling the history of Verona’s heroes. He noted that the grave of Pvt. Winfield Scott McIntyre, an African-American who had died during the Spanish flu epidemic in World War I, had been unmarked until Caruso petitioned authorities for the proper signage.

The Council had a lengthy list of resolutions to review, but all were adopted unanimously. You can read them here.

You can watch the full meeting below: