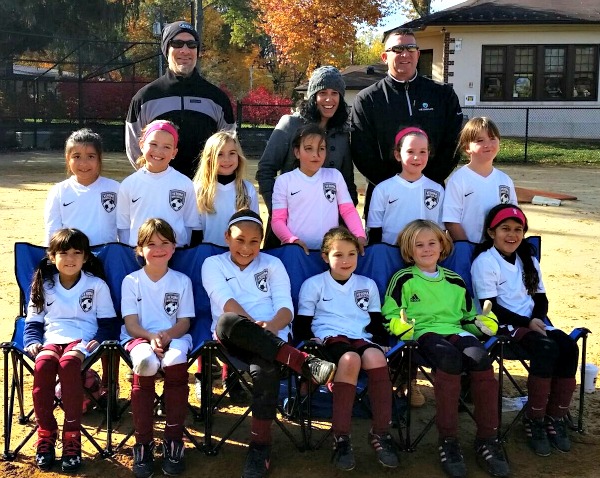 The Verona United Soccer Club U8 Girls team, also known as the Verona Fireflies, has completed their first season together. The dedicated and spirited team is proud to have earned an undefeated 9–0 record.