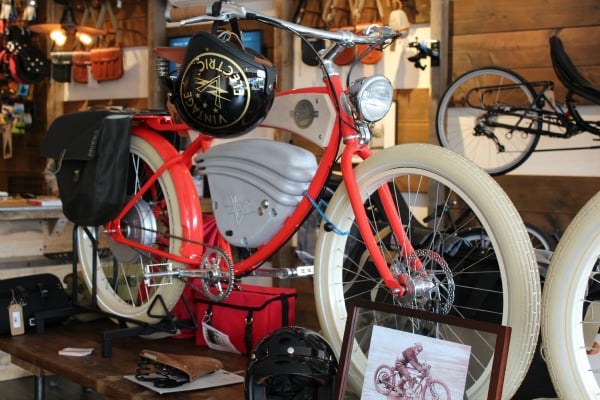 Riding a bike in Verona, with our many uphills and downhills, is always a thrilling experience. But now it can be really electric.

In early October, Electric Spokes opened its doors at the corner of Bloomfield and Park avenues. It is the first electric bike store in New Jersey, and it is stocked with the top brands of electric mountain, road and recumbent bikes from around the world.

Just as electric cars are taking sales away from combustion engine vehicles, electric bikes are showing real pedal power: Navigant Research expects their sales to hit 40 million units worldwide in 2023 from 32 million now. Cheaper to buy and to own than a car, electric bikes are used by commuters and workers in a variety of industries, from postal services to law enforcement.

“Ford, Audi, VW and Toyota are all coming out with e-bikes,” says Derek Mithaug, one of the owners of Electric Spokes. “They are taking battery technology from cars and applying it to bikes.” Electric Spokes carries brands like the E-Tracker Vintage, Faraday Porteur and EVO Snow (with all-wheel drive), which means that the business had a fan base even before it opened its doors. “It’s been a steady stream of interest,” Mithaug says. “People walk by and they always walk in.” 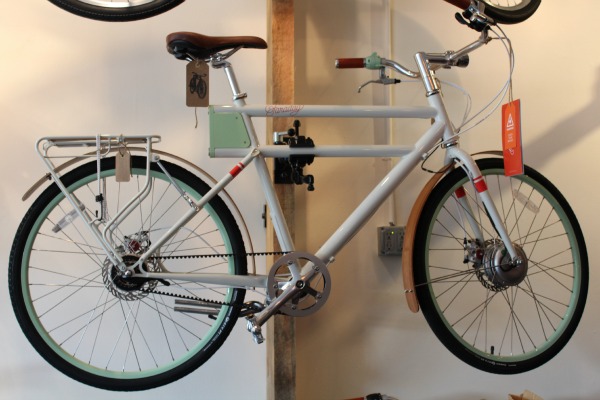 The passion that he and business partner Mark Baraniak have poured into the former luncheonette spot that is now Electric Spokes is especially noteworthy once you learn that this isn’t the business they set out to create. Both have family members who use wheelchairs, and they went to a mobility expo last year to find better solutions for them. What they found instead was a wide range of wheeled devices, including electric skateboards, that could make any journey insanely fun. “Commuters can travel farther and you don’t break a sweat,” Mithuag says.

So how do electric bikes work? Most models have a “pedal assist” feature that gives your pedaling more of a boost than you’d get from the gears on a standard road bike or mountain bike. Others also have a throttle that leaves you free to sit back and enjoy the ride, up to 20 m.p.h. Their batteries, some of which are barely visible, charge quickly from an ordinary household outlet and can let you ride for 40 miles. On a test ride around the Wayland section, the BH Easy Motion EVO Cross made the climb back up Park Avenue as easy as coasting down Claremont. One of the reasons that Mithaug and Baraniak chose Verona for their location, by the way, was that our hills pretty much sell the advantages of an e-bike. 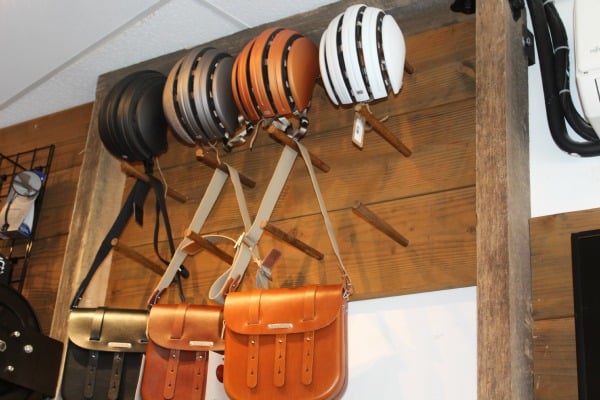 Yes, an e-bike is going to be more than expensive than the cruiser you’d get at Sears. But their prices are comparable to a high-end road or mountain bike, and the models at Electric Spokes have way more style. Then there’s the bespoke bike gear, like panniers from Brooks England that could make you feel like Queen Elizabeth on a trip to the grocery store. “We’re very design conscious,” says Mithaug.

You don’t need a license to ride an e-bike in New Jersey, and there’s no spending on gas and insurance, which Mithaug thinks makes them a great alternative for college kids who live off campus. Veronans could commute to the trains in Montclair and pay far less to park in Bay Street’s bike depot than they would for a car (if permits were available). Electric Spokes has put motors on recumbents from Jersey Bents of Hamilton, N.J., and can modify them so even people with disabilities can ride.

“We have a passion,” says Mithaug, “for biking and mobility.” 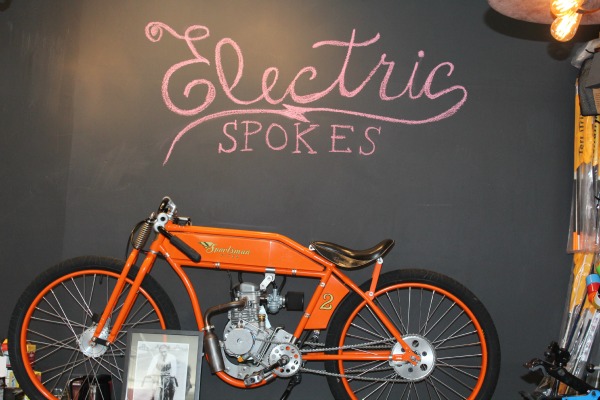