Facebook
Twitter
Pinterest
WhatsApp
- Advertisement -
One of the big questions after last year’s state championship football season was how would Verona High School fare without the Ferrari twins? The answer has come in the form of another set of tall twins, Zack and Matt Zaccone. Now juniors, they had seen a fair amount of field time in their first two years at VHS, and the experience is telling.

Zack Zaccone already has more than 200 passing yards this season, including two first-quarter tosses to Mark Riggio in the weekend’s game against Bayonne’s Marist High School that put the Hillbillies on the fast track to a 45-0 victory. Before the first clock ran out, Zack Zaccone also ran in the ball once himself and drilled a 25-yard pass to his brother.

The second quarter of Saturday’s game was almost as busy as the first, with a 46-yard run from Sean Crawford and a 35-yard field goal from Collin Kiernan. Nick DeVivo, a senior, sealed the game for Verona before they even took a locker room break, with a two-yard pass to Zach Skrivanic. 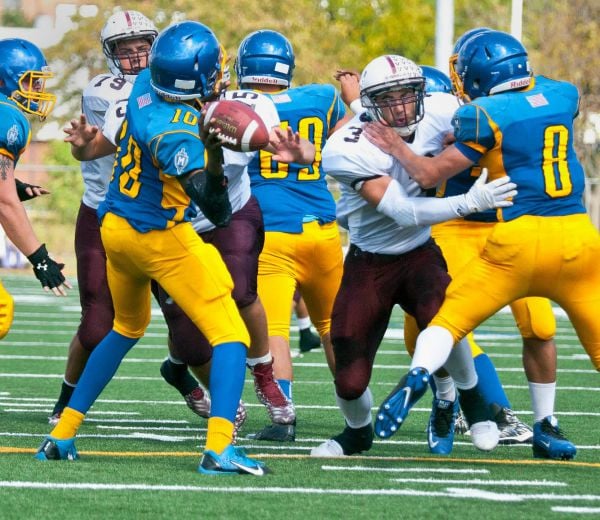 The win puts Verona’s record at 3-0. The Hillbillies travel to Glen Ridge on Saturday for a 1 p.m. start.