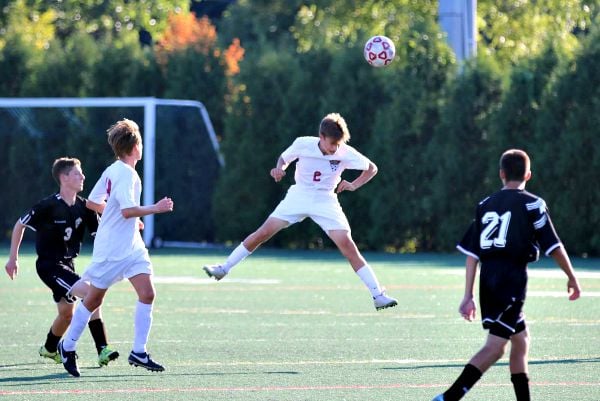 It was a high-flying week in Verona High School boys soccer.

The team, which had started the season with a loss, has had nothing but wins since, putting its record at 4-1. As this week opened, the boys were coming off a 4-0 rout of Glen Ridge. They soon handed defeats to both Irvington (2-1) and next-door rival Cedar Grove (3-0), showing in the process that Verona has a lot of scoring strength on its bench. 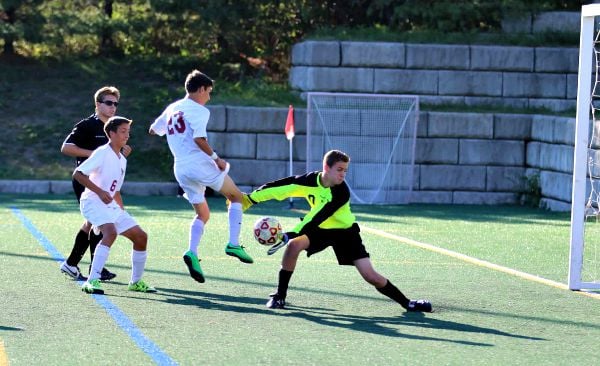 Chris Yeates, a senior, leads the squad in scoring this season. He had two against Glen Ridge and one on Irvington, for a total of six goals and one assist since the team’s first game. Thiago Queiroz, a junior coming off a banner year in 2014, already has two goals and two assists to his credit. And the scoring is spreading: Sal Vassallo, Billy Gault and Gianluca DelBarba each got on the scoreboard against Cedar Grove.

The DelBarba score was captured in three rapid-fire shots by photographer Andy Yeates. At first, Cedar Grove’s goalkeeper seems to be expecting the kick from Verona’s Giancarlo Visentin. But as the junior provides a big block (and tackle), DelBarba swoops in for the score. 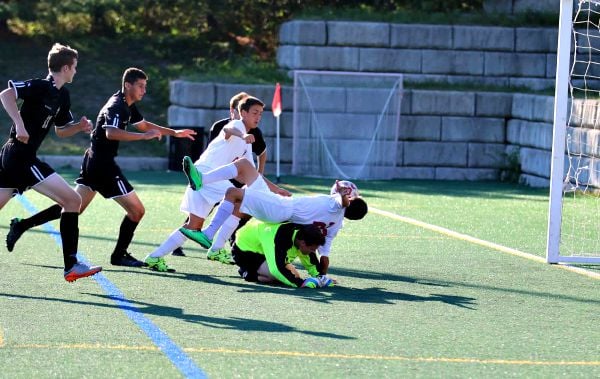 The boys square off against Bloomfield in an away match on Saturday morning. The Bengals also have a 4-1 record. 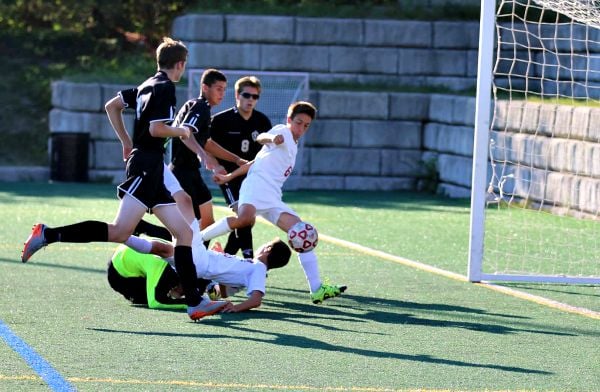 The VHS girls team, meanwhile, is still trying to find its footing. After a strong opener against West Orange, the Lady Hillbillies were on the losing end of a 7-0 score against Montclair Kimberley Academy and a 4-1 match with Columbia High School. The girls have until Tuesday to regroup, when they travel to Newark to take on Science Park High School.