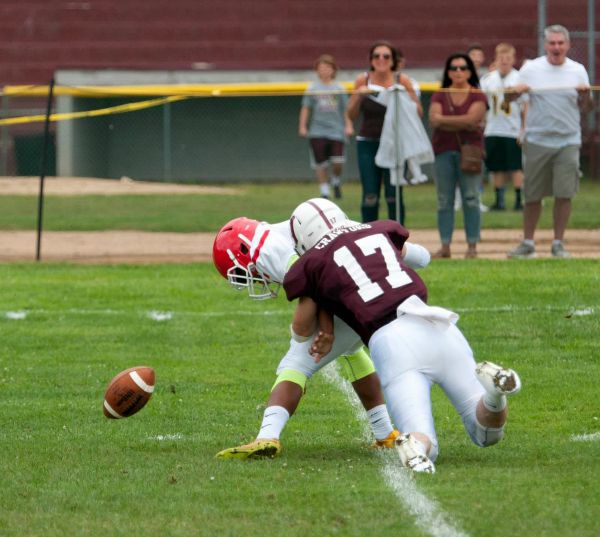 Four photos taken in quick succession by Bob Thomas in the opening minutes of Saturday’s football game between VHS and East Side High School tell you pretty much everything you need to know about the 55-0 Verona High School victory. 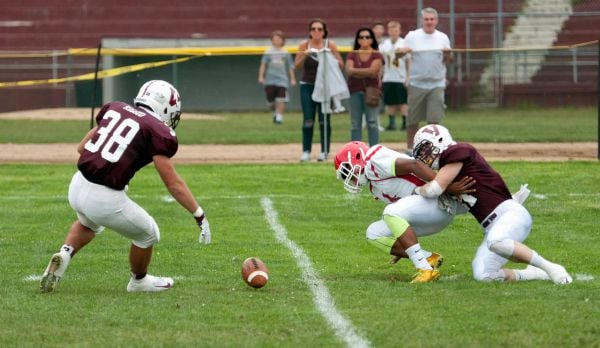 In the first, Sean Crawford can be seen wrapping his arms around East Side’s quarterback, and the football is headed toward the grass. In the next, senior rusher Mark Riggio is pivoting in the direction of the loose ball. With the QB and Crawford upended, Riggio nabs the ball and heads forward, toward Verona’s goal line.  One click more, and there’s Riggio relaxing in the end zone to congratulations from Chris Valentine and A.J. Pengue. 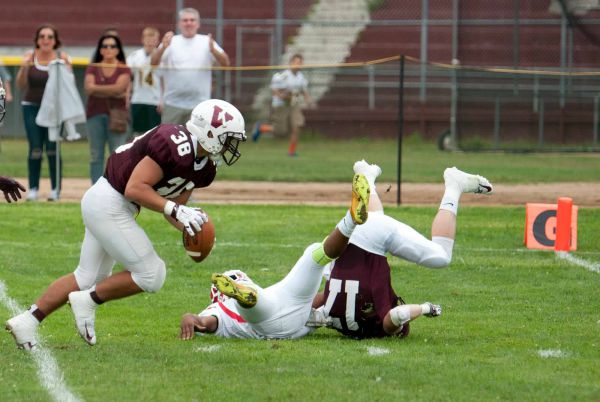 Riggio would go on to score twice more, and East Side’s defense would prove to be no match for John DeMartinis, Mike Stanisci  and Verona’s “Nick” hat trick–Nick Riggio, Nick DePaul and Nick DeVivo–each of whom added a TD before the final whistle blew. Collin Kiernan converted all seven extra point kicks. 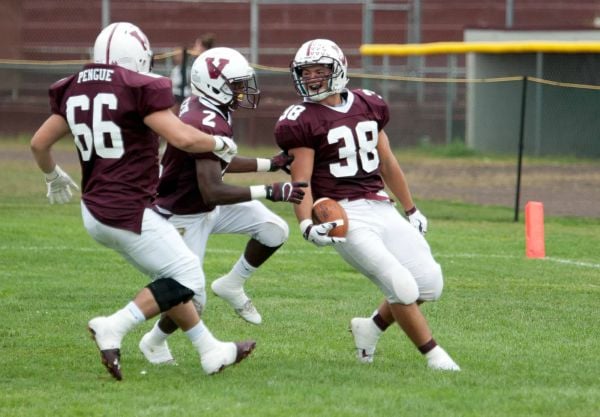 VHS, which opened its season with a 35-8 win over Newark’s Central High School, travels to Bayonne next Saturday to face Marist High School.