Come Out For The Marching Band Festival 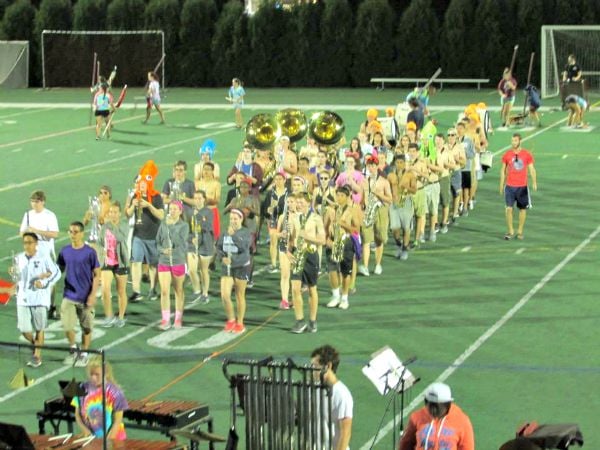 Come join the band, the Verona Music Parents Association and our local sponsors for an afternoon of great music, food and fun for the whole community. Tickets are $12 for adults, $5 for seniors and students, and free for children 12 and under. Verona students may attend for free with a school ID.

The Verona High School Marching Maroon and White is under the direction of Erik Lynch, a quarterfinalist for the 2015 Grammy Music Educator Award. This year’s theme for Verona’s musical program is “Journey to the Edge of the Sea” excerpted from famed 20th-century English Composer Benjamin Britten’s Four Sea Interludes. The Marching Maroon and White won Best Percussion at the New Jersey State Championships in 2013 and 2012. The band took second Place at the National Championships in 2011 and is one of three bands (out of 750) in the entire U.S. Scholastic Band Association circuit to be a two-time winner of the prestigious Cadets Award of Excellence.