What Time Of Year Is It? 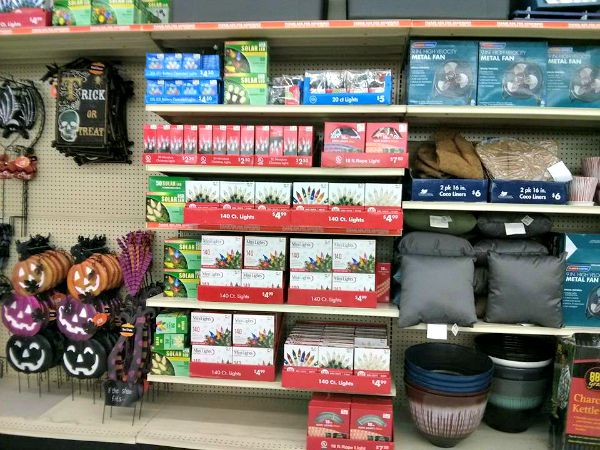 I have gleefully finished my school supply shopping. (Or so I hope/think; you know something is going to pop up last minute and I’ll be running around the day before school starts to try and get “that thing” that my son will desperately need for the first day of school.)

The school year starts (for our district) in 15 days. For others it may start a little later (after Labor Day) or maybe even a little before. (Especially for those going back to college or those who are in the South where summer vacation starts a little earlier and ends by the middle of August.) However, it is still officially summer. I expect to see the end of the summer season sales in the stores along with back to school stuff. What I don’t expect is Halloween items, although I suspected candy to start appearing at the end of the month.

I got my first view of Halloween trappings last Tuesday at my local grocery store. The seasonal aisle was still a combination of end of summer items and lots of back to school supplies. However, towards the back of the store there was one lone candy display. It didn’t scream Halloween, but the display case was an orange/brown color and there were pumpkins and autumn leaves printed on it. It was August 4th. I was dismayed and took a photo to share with my social media friends.

The very next day I was in Big Lots searching for some back to school items. They too had a combination of summer clearance and school supplies. But the whole back of the store which is dedicated to “seasonal” items had been turned into Halloween Central. Not candy, but decorations of all sizes. But what was even more amazing was at the end of the “summer” aisle (pool noodles on far end) was a THANKSGIVING display. It was not autumn; it was clearly Thanksgiving. (The turkeys on the napkins and table clothes were a dead giveaway.) Halloween was shock enough for me, but Thanksgiving? It was AUGUST 5th!!!! Thanksgiving is NOVEMBER 26!

But the real shocker, and I only heard about it on the radio when I was out walking this morning and have not seen it with my eyes, is that Macy’s is already using their “Believe” shopping bags. (Unless you’ve been under a rock, you probably know that the “Christmas/Holiday” theme at Macy’s is “Believe.”) Now I don’t shop at Macy’s so I can’t verify this. (Nothing against Macy’s, I don’t do much department store shopping period.) I don’t doubt it though. A family friend used to work at Bon Ton (probably a lesser known department store to most of you) and told me they started putting up Christmas trees in their stores at the end of August.

So what time of the year is it? Outside it’s still in the 80s and I’m still wearing sundresses and sandals. And I’m prepping for the school year; have gotten a backpack and supplies and am in the process of organizing everything. But when I walk into a store I’m not sure if I should shout out “Trick or Treat,” “Happy Thanksgiving” or “Merry Christmas” (far from me to be politically correct.) While I see the need for preparation (after all, I was perfectly happy to start shopping for school supplies at the end of July; which is when some of the best sales are) and I was happy to go to a Christmas in July party (it just happened to fall on one of the hottest days of the year), this pushing the seasons has gone a little too far in my book. If we’re going to go full out, then where are my Valentine’s Day cards and Easter baskets? (Ridiculous, but why not?)

I’ve only got a few weeks of “summer” left to spend with my son. Can’t we just let it be summer?

Beth Shorten is a life-long resident of Verona. You can read more of her writing on her personal site, Bfth’s Boring Blog.