Galbierczyk Switching From VHS To HBW 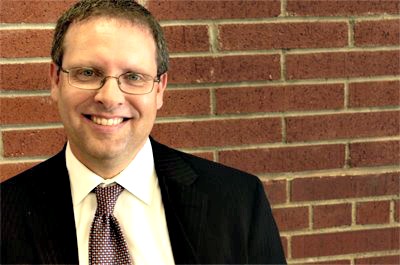 There’s been another change in leadership at Verona Public Schools. David Galbierczyk, currently the assistant principal at Verona High School, is moving to a new position at H.B. Whitehorne as principal of one of the two new “houses” that are being implemented at the middle school this fall.

Galbierczyk has been at Verona High School for 15 years. Prior to being appointed assistant principal in 2008, he was a social studies teacher, the advisor to the Mock Trial and Model U.N. clubs and head coach for the boys and girls cross country teams and the boys spring track team.

At HBW, he will join Principal Yvette McNeal in a reorganization of the middle school into two schools within a school. McNeal and Director of Instruction Charlie Miller explained the plan to split the school into two at the May 26 Board of Education meeting. (The presentation is at the start of the video below.) Each of what are being called “houses” will have students from each grade level, from fifth to eighth, with approximately 360 students in each house, as well as their own administrative and guidance team. The houses have not yet been named.

Under the house plan, students will work with a smaller group of teachers and teachers, who will be specifically assigned to one of the two houses, will have the opportunity to focus on just one core subject, instead of being required to teach two or three subjects. The daily schedule will be organized around four core courses and a rotating elective, which McNeal told the BOE will allow for extra instruction time occasionally in one of the subjects. VHS has been operating on a similar “block schedule” for several years.

“I am thrilled to be continuing my career in Verona, the district that has been my professional home for the past fifteen years,” Galbierczyk said in a statement released by Superintendent Rui Dionisio. “Verona is a close community and I already know so many faces. I am fortunate to be partnering with Mrs. McNeal, who I have known for the last nine years. We share the same commitment to providing students with a path to attain academic achievement and social growth. The House Model will provide the structure for grade-level teams to identify areas where targeted interventions and adjustments in student support are required. While I am sad to leave the wonderful students and staff at VHS, I am so excited to meet with the HBW school community as I begin the next phase of my career as HBW House Principal.”

The switch is the latest of several changes to the administration and teaching staffs in Verona’s schools. At the May 26 meeting, the BOE named Howard Freund, who had been the vice principal at HBW, to be the new principal at Laning Avenue School, effective September 1. Earlier this month, the BOE named Josh Cogdill, an assistant principal in the Westwood Regional School District, as the new principal at Verona High School. Cogdill succeeds Glenn Cesa, who is taking a new position that combines the director of athletics job with expanded oversight over health services and peer leadership programs across the district.

There have been roughly a dozen retirements or resignations in the current school year. Nancy Apisa, a long-time first grade teacher at Laning, retired this year, as has Libby Skinner, the director of special services. Dionisio announced a replacement for Skinner today: Frank Mauriello had previously been an educator and advocate for special education students in the Ridgewood Public Schools.