What VHS 2015 Will Do Next: Danish Basketball 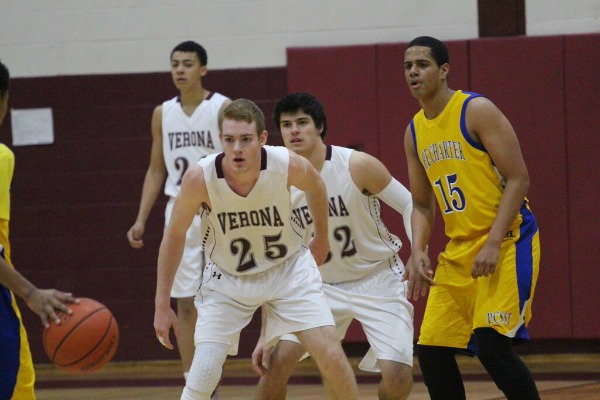 Ten athletes from the Verona High School Class of 2015 will continue to play their sports after graduation. They will play in New York and Pennsylvania, in Maryland and North Carolina, all reasonably easy car rides from Verona. But Will Mulderry will have a slightly longer trip, and it will be in something other than a car. Mulderry is going to be playing basketball in Denmark.

“I need to find the cheapest plane ticket I can to get there,” he says.

Mulderry, the star shooting guard for the Hillbillies, reports in August to Idraetshojskolen Aarhus, a private sports academy that is a feeder for the top pro basketball team in Denmark. The Sports Academy Aarhus (that’s how the name translates) is a pathway to the Bakken Bears, an Aarhus-based team that has won the Danish league’s men’s championship 14 times since 1958, most recently in 2014. Two of its current players are American citizens.

There is a lot of professional basketball outside the United States. The International Basketball Federation (FIBA) includes 215 national federations, stretching from Algeria to Vanuatu. There are 50 teams in Europe alone. While there is lots of home-grown talent on the FIBA teams, there are also lots of Americans: The current Danish teams now have 54 Americans playing for them, and more than 550 Americans play for German teams, the most of any FIBA federation. The salaries and the perks don’t come close to those doled out in the NBA, but that doesn’t matter to Mulderry right now. 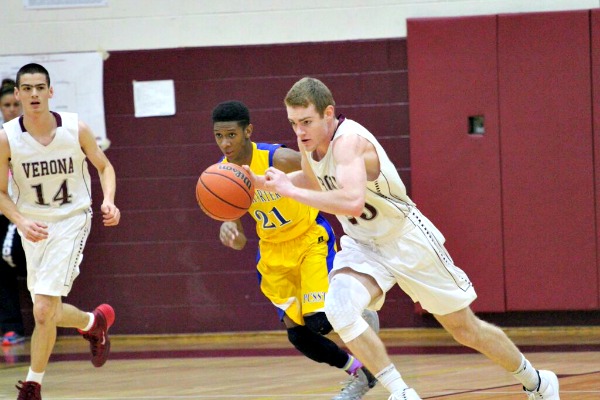 “It’s out of the ordinary but I think it will give me great experience,” says Mulberry, who notes that playing in Aarhus will not affect his eligibility in the U.S.

Mulderry learned about the opportunities in Denmark from a friend at Saint Peter’s Prep, where he had spent his freshman year of high school. He traveled to Aarhus, the second-largest city in Denmark, earlier this year, toured the school and met the coach. He also got to watch the Bakken Bears in the Danish finals. “I feel like I’m going to fit in there,” he says. The academy attracts students from many different countries, so English is its primary language. (And “basketball” is also “basketball” in Danish.) It also has a large soccer program, which is great for Mulderry, since he’s been playing that sport in the fall to keep in shape for basketball.

For now, Denmark is “a one-year thing”, says Mulderry, who has deferred an acceptance to Manhattan College. “But hopefully I’ll get some footage and a coach will see me.”